The latest June 2020 quarterly update on Diablo IV is a treasure trove of new info, so let’s break it down.
Diablo 4 Update – Open World, Events, Legendary Gear, and More
BlizzCon 2018: All the Details and Chatting to Blizzard About This Year’s Show
Post by KostaAndreadis @ 05:06pm 22/08/18 | Comments
BlizzCon 2018 is one of the premiere events each year for the millions of Blizzard fans from across the globe. This year will of course be no different, as we found out when we sat down to chat with BlizzCon executive producer Saralyn Smith.


Over the course of a decade, BlizzCon has grown to become one of the biggest and most expansive celebrations of gaming – where the developer of hits like World of Warcraft, StarCraft, Diablo, and Overwatch, engages directly with its dedicated community through announcements, esports, panels, and fun community events like cosplay competitions and live music concerts. With BlizzCon 2018 once again set to take place during the first weekend of November in California, Blizzard are expanding the scope of the show with its Virtual Ticket program. With BlizzCon itself being treated as more than a two-day show.

“We’re now thinking of BlizzCon as a season,” Saralyn Smith, BlizzCon’s executive producer explains. “Nearly every week leading up to the show we’re going to have original programming from award winning writers and video producers at Blizzard. Our idea there is to give more access to the behind the scenes prep and what goes into creating BlizzCon. Priming the community for the culmination of the show in November. Of the 35,000 people that attended last year, over 10 million watched online - from the opening ceremony to all the esports competitions.” 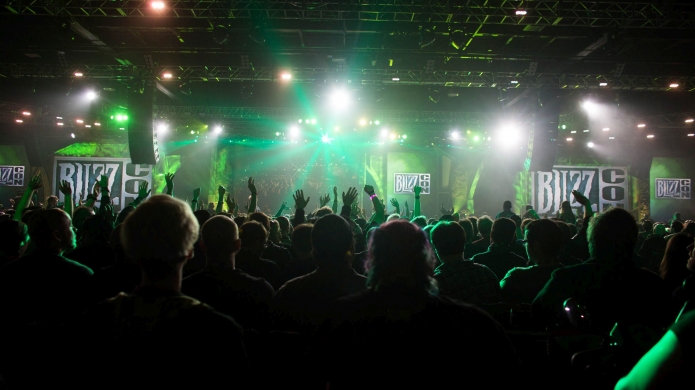 One of the lead-ups to this year’s show is a look back at some of the greatest moments in BlizzCon history, covering things like surprise announcements, esports moments, and cosplay showcases. The first of the videos provides the community a direct way to vote on their favourite BlizzCon surprise moments – from the announcement of Overwatch to word that WoW Classic was coming. These will also be used to create a special video highlight reel prior to this year’s main show covering BlizzCon’s history. Where naturally, all bets are off as to what surprises might be in store.

“Every year I get goose-bumps and get teary-eyed at the community response,” Saralyn adds. “We have an interesting challenge for BlizzCon, where it kind of gets competitive between the teams wanting to get some sort of announcement into the show. The Blizzard development teams just really value and love BlizzCon, and we think of it as our celebration and thank you to the community. So, they do want to have something new for the players there. There are a lot of parts to co-ordinate, especially for a show of this scale, and it requires its own milestones and project management.” 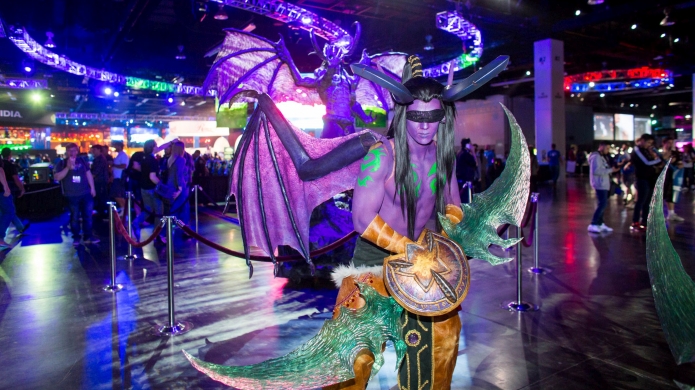 This year the BlizzCon season begins on September 13 with a special “BlizzCon All-Access Kickoff Show” Livestream for Virtual Ticket holders. Where the first in-game reward in the form of a legendary Overwatch skin will be available to viewers and BlizzCon attendees. Naturally, the BlizzCon Virtual Ticket isn’t free but a lot of BlizzCon – from the opening ceremony to the esports competitions that will be broadcast worldwide – will be.

As will the first episodes of the each of the new All Access original programming announced for BlizzCon 2018, including:

Build-A-Panel - Join in “crowd-crafting” the first-ever community-created panel for BlizzCon.

Drawn to Adventure - Witness the creative process in action as Blizzard artists share their process, insights, and inspirations.

The Vault - See historical items from our games that are too important—and in some cases too fragile—to keep anywhere other than under lock and key.

Elite Cosplay - From concept to creation, see the dedication, passion, and love of the game required to become a truly elite cosplayer.

Pause for Laughter - Get ready for an unconventional, whimsical look at Blizzard games and the unique personalities who make up our player communities.


And with an esports line-up that includes the StarCraft II WCS Global Finals, World of Warcraft Arena World Championship Global Finals, World of Warcraft Mythic Dungeon Invitational All-Stars, Heroes of the Storm Global Championship Finals, Hearthstone Global Games Finals, and the Overwatch World Cup Finals – esports have naturally become huge part of the show. So much so that there’s an additional opening week of competition leading up to the main show and finals. 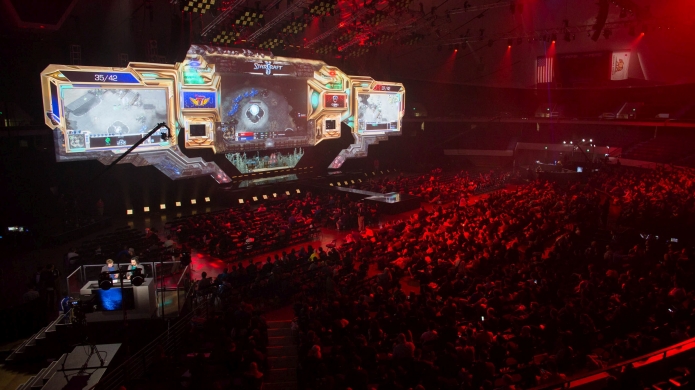 “As we get late into the show and the finals a lot of it becomes standing room only as fans really get into the competition,” Saralyn responds with excitement and passion at the mere mention of esports. “Even if you’re not watching all the lead-up, BlizzCon feels like the Superbowl where everyone becomes interested in what’s happening. Seeing the games played at the highest level is a special experience, especially with a community that loves the franchise.”

When it comes to BlizzCon preparation though, the entire company gets involved – not out of necessity or obligation, but to be able to engage directly with the community. “Most of Blizzard, especially in Irvine, does work on BlizzCon throughout the year, and there are a handful of people whose full-time job and focus is BlizzCon,” Saralyn tells me. “Large parts of the company, especially as we get closer to the event, it starts to take up 100% of their time.” 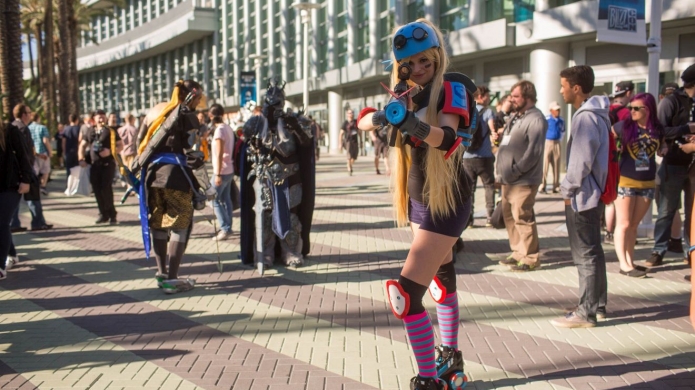 “BlizzCon is extremely important to us,” Saralyn concluded. “It’s something that we treasure all year round. It’s the biggest community touchpoint we have all year, and it’s inspiring and energizing to meet the community face to face like that. For a lot of the employees at Blizzard there’s like a visible afterglow, a reminder of why we do what we do – developing games. And game development is a big undertaking, so to be in touch with the community that’s enjoying it – it fuels us for the entire year.”

For more details on BlizzCon 2018, including access to the Virtual Ticket – head here. Special thanks to the wonderful team at Blizzard ANZ and Saralyn Smith for their time.
Tweet