The Riftwalker, Lord of the Void, and the Master of Space and Time, Limbo Prime, has just been released. One of the more difficult frames to understand and master is now available in his Prime variant, along with the stab-happy Destreza Prime rapier, and the beastly secondary auto shotgun Pryana Prime. Limbo Prime offers higher shields, armour, and health, along with two additional polarities - compared to the non-Prime variant.

Possessing the innate ability to enter another plane of existence at will to become invulnerable makes Limbo the ultimate survivor. He also has the distinction of being the most contentious frame, due to his troll-worthy abilities. No other frame can make it impossible to complete a mission like Limbo. It's especially disconcerting to newer players who suddenly find their attacks doing nothing after they've either inadvertently entered a Rift, or were Banished there, not knowing that a simple dodge roll will exit the Rift. 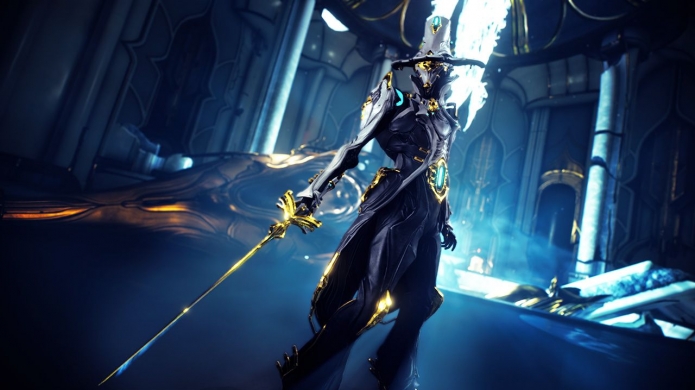 In the hands of an experienced Tenno, Limbo is one of the best frames for crowd control and map-wide enemy lockdowns. Banish is handy for evicting troublesome enemies like Nox and Bombards, while Cataclysm is fantastic for protecting objectives and players from incoming fire. And thanks to an update already on PC and due to hit consoles soon, the Stasis ability will no longer pause Tenno weapon projectiles - reducing grief all round. A downside of the update is the duration reduction of Stasis, but this can be countered with mods.

Let's go through the Abilities.

Casts a wave of Rift energy that damages hostiles while pushing enemies and allies out of Limbo’s current plane of existence.


Great for protecting allies and the Operative in Rescue or Sortie Defense missions.

Augment: Haven
Restore a portion of an injured ally's health.


Handy mod for topping up allies or the Operative's health when banished.

Best used in conjunction with Cataclysm to CC every enemy caught within the Cataclysm bubble. Stasis will overload when it has absorbed a certain quantity of projectile fire so using melee attacks here is preferable.

Surges nearby Rift-bound enemies with Rift energy. When killed the Rift Surge is transferred to a nearby enemy outside the rift. Surged enemies that leave the Rift perform a radial Banish.


Less effective crowd control than Stasis+Cataclysm but good for catching stragglers caught outside the Cataclysm bubble. An ability I rarely use.

Augment: Rift Torrent
Increases Limbo's damage while in the Rift Plane for each enemy affected by Rift Surge.


Useful for boosting damage output but as it only effects Limbo's damage not allies I pass this one by for more useful mods.

A violent blast of void energy tears open a pocket of rift plane which can sustain itself for a short period before collapsing in another lethal blast.


Banish on a grand scale. The size can be varied with Range mods depending on your mission. A small bubble for protecting objectives like Consoles or Cryopods, or a massive spherical AoE to lockdown vast areas of the map by transporting all enemies within to the Rift. All allies within the bubble gain an Energy tick.

Augment: Cataclysmic Continuum
Extends Cataclysm's duration for every enemy killed inside it.


Not especially useful as the added seconds won't stop the bubble from shrinking, nor will it increase the duration beyond max.
Read more about Warframe on the game page - we've got the latest news, screenshots, videos, and more!
Tweet