We sit down with Jason Ronald, Director of Program Management for Xbox Series X|S, to talk about looking back and moving forward.
Talking Backwards Compatibility and Preservation with Xbox
Sea of Thieves Next Faction Should Introduce Photography
Post by KostaAndreadis @ 02:16pm 01/05/18 | Comments
Where we take but a moment to talk about a new idea that we'd love to see implemented in Rare's Sea of Thieves


No matter your thoughts regarding the current content in Sea of Thieves, two things generally ring true. The first is that it needs, well, more stuff to do. Whatever that might be. And more importantly, the world itself is beautiful with an abundance of things to see and amazing water effects to gawk at. Which brings me to an idea, partially inspired by The Legend of Zelda: The Wind Waker. And that is, a new faction with a new item and type of voyage. Where you’re given an old-timey wooden camera and tasked with taking photos.

Now, taking pictures in a game as part of a quest or objective is not a new idea. But when you find yourself, even after dozens of hours, taking screenshots of the wonderful vistas and objects you come across there’s a feeling that there should be a mechanic within Sea of Thieves that celebrates the beauty of its world. And when looked at within the context of Sea of Thieves as a shared world experience, it’s an idea that seems too good to ignore.

Currently there are three factions in the game that mostly offer Voyages that are variations on a theme; go to ‘x’ and collect ‘x’. Where that might be dig up treasure on an island or fend off waves of skeletons to claim the skull of a villainous pile of animated bones. The Merchant’s Alliance voyages are different in that you’re given a list of items or animals to collect and deliver to a specific output, but the general setup is mostly the same.

Introducing a fourth faction that deals in island photography would fit into the current voyage model almost too well. And that is due to the treasure-hunting Gold Hoarder voyages that deal in riddles. Each riddle or clue given that points to the specific location of buried treasure follows the format of an island and a specific location marked by something unique. Whether that be the remains of a drunken sailor that is a skeleton lying next to a few empty bottles, or a mysterious painting on a wall depicting a battle between a large beast and a few mermaids. 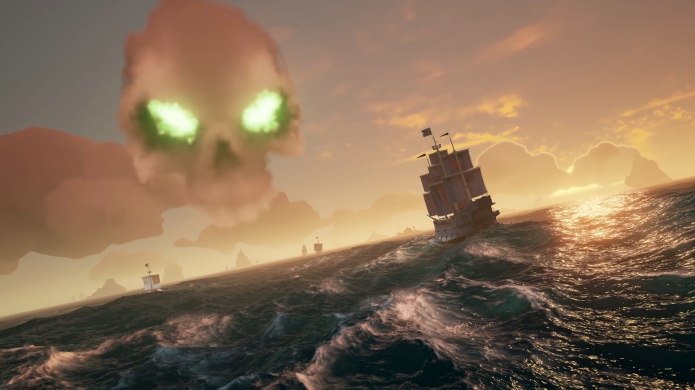 Of course, this goes beyond the riddles and speaks volumes about the detail that Rare has put into the world, and how just about every island has a story to tell. And secrets to uncover. By introducing a new faction that deals in photography it would give players the opportunity to actively document those stories, to explore underwater caverns, reach the highest peaks, and delve deep into many a cave system.

As a jumping off point Rare could then take this idea and think outside of the box, which drives a lot of the design within Sea of Thieves.

One idea would be to give players a lore book as part of a photography-meets-archaeology voyage, where they need to take pictures to advance a tale of a fallen pirate. Follow in their steps across islands whilst getting a clearer picture of some of the history that permeates throughout the Sea of Thieves world. 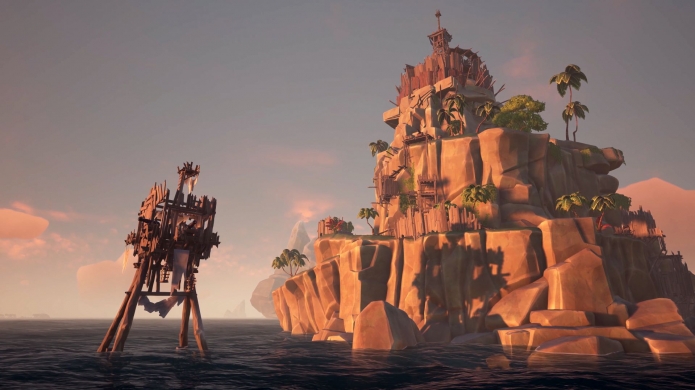 Introducing a new faction though would need to offer more than simple reputation gain, or xp, alongside minor visual improvements to the camera. Going one step further it would be great to see a new reward system tied to the new faction. Perhaps introduce the ability to arrange and get new tattoos, where patterns are tied to photography milestones. Give players the opportunity to adorn the captain’s room on their ship with a print or painting of a specific photo that they’ve taken. And to go just a little crazy for a second, perhaps the painting is tied to some mystical element of the world where photos aren’t photos as we know them to be but magical paintings. Depicted using some sort of filter or effect you’d find in Photoshop.

Recently Rare outlined some the plans it has for the upcoming content coming to Sea of Thieves. Kicks off this month with The Hungering Deep, pretty much all of it sounds great. From the arrival of a new creature to ghost ships and even new locations to explore. We’re not sure where a new photography faction might sit in the timeline, but we’re hoping that Rare take this idea on board. Or, are already testing the new features internally as we speak.
Read more about Sea of Thieves on the game page - we've got the latest news, screenshots, videos, and more!
Tweet