Usually when someone brings up the 15th anniversary of a game the conversation weaves between instalments, sequels, and the evolution of a franchise over various configurations of hardware. World of Warcraft, the seminal and iconic massively-multiplayer game from Blizzard, is a year away from hitting this important milestone. And doing so off the back of a single, initial release way back in 2004. But as they say, WoW is still going strong – and has in many ways been in a near-constant state of evolution since its original debut all those years ago.

This year World of Warcraft is getting its seventh expansion in the form of Battle for Azeroth. An expansion that as the name suggests, sees the return of the classic rivalry that was found in the very first Warcraft game. And by that we mean Warcraft: Orcs & Humans, the real-time strategy release from 1996. A game that in addition to being a milestone entry in the new-at-the-time RTS genre, also introduced us to the concept of two sides at war with each other in the fantastical land of Azeroth. With seemingly, everything on the line. 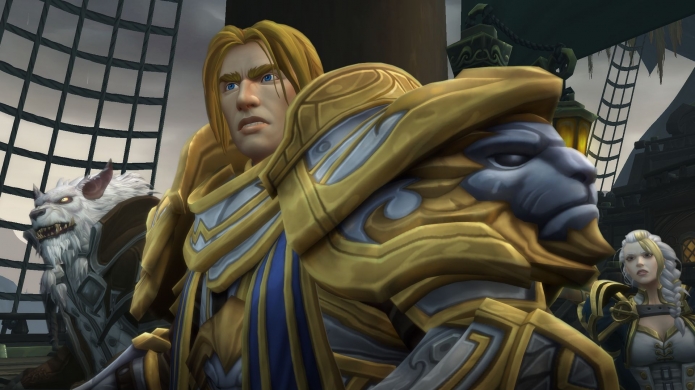 This history of conflict, and passion, can be felt throughout World of Warcraft. In fact, one of the very first choices that new players are faced with when creating a new character is deciding on which faction to join. “Everybody feels like there's a right answer to, 'Are you Horde or Alliance?'”, Michael Bybee a Senior Producer on World of Warcraft tells me. “It’s different for different people. I played for years on the Alliance side, but my heart was always with the Horde. That was my first character that I really played, an Orc Warrior.”

Picking sides and aligning with either the Alliance or Horde is something that all WoW players can relate to. And it’s something that the team working hard at Blizzard, creating new stories and adventures for the Battle of Azeroth expansion, can also relate to. “We build teams of people and we’re always looking for people who are passionate to work on the types of content that we're working on,” Michael adds. “I can tell you absolutely that the team that's working on the Alliance storyline is incredibly passionate about bringing Jaina back into the Pantheon of Blizzard heroes, just making her awesome again. She's been on a journey for a while now, but this is the expansion where she's going to be back, and people are going to love it. The team is super passionate about that.”

With the battle lines clearly drawn this new adventure will see Horde players travelling to the fantastical new land of Zandalar. On the Alliance front players will travel to Kul'Tiras, an island located south-west of Lordaeron. In both places factions will recruit new heroes to join the battle and progress the story. An interesting aspect of the development of this new expansion is that there are separate teams working on individual Horde or Alliance content, fleshing out the world. But with a singular vision to express a large overarching story. 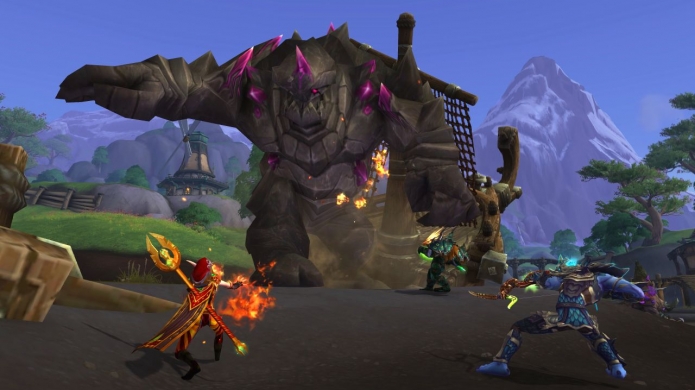 “People have heard about Zandalar, and they've even encountered them a little bit before, but this is the first time in a long time we've been able to just delve into this culture and make it awesome,” Ely Cannon, a 12-year veteran on the World of Warcraft team explains. “We're excited about that. Both of the teams are, independently, very passionate about the stuff that they're working on and we try to focus our work in that way.”

This doesn’t mean that only those aligned with the Horde work on creating Horde content, as the focus placed clearly on expanding the world. “Working on the environment team and being focused on the world, a key component is that we're telling the story of the world, not just the story of the Alliance or the Horde. The world and everybody in it. They're all part of this bigger epic story. Focusing on either one or the other would not do the world justice, so that's why we try to really put emphasis on building a really big world, so we can tell the stories of everyone in it.”


For a world as rich as Warcraft’s, which can quite easily match just about any other major fantasy property in terms of breadth and scope one can’t help but wonder how the team goes about adding or expanding on pre-existing locations, characters, and events. “That's probably one of the major things that we deal with all the time,” Ely responds. “We're always trying to be respectful of what's come before us as far as lore and that sort of thing, and at the same time we're trying to temper that with the story we're trying to create at any particular point.” 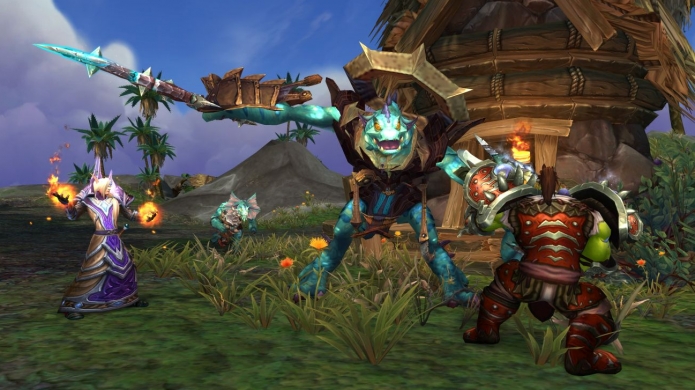 “I have been on the game for a long, long time and I think it's been both a conscious thing and almost a sort of evolution that's happened naturally as we've grown with the game and we've developed our skills with the game. We can push it a little bit further. We get more out of our terrain and more out of the models and things as our techniques improve and just our larger skill set improves. And I think we continue to hone those processes and our ability to meet this higher standard and to keep pushing the game to a place where it does feel new and it kind of transports us to a new place every time.”

“We bring in a lot of real world examples,” Ely adds. “Stormheim is a really good example of this. We started thinking about the Viking fantasy, and from there we pulled in a lot of real world references to draw upon, so we could build out the story of the people. Where would they live? What kind of landscape would have shaped them? So, I think it's really a balance of what stories have we told previously and what are the new elements that we want to bring in when we bring that new story to life in the world.”

For World of Warcraft, which is now set to release its seventh expansion, this creative process is one that fosters collaboration throughout the team – regardless of job title. 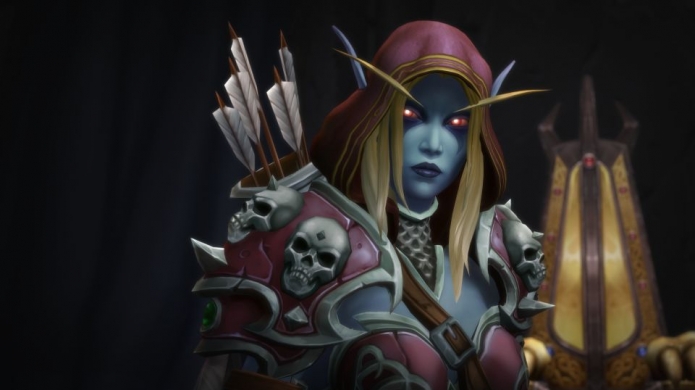 “I honestly think that the largest contributor to the project and to the story is really the whole team,” Ely continues. “You really have this tapestry of opinions and ideas and stories that people want to tell that are all coming together, so I can't really attribute the creative direction necessarily to one individual person because I really do think it's a group effort. We really are all so invested in what we're making that we all have input on it.”

“A lot of times you could say we follow the pretty standard creative process where you get together, brainstorm a new idea as a group and then different teams fall off and work on their stuff,” Michael Bybee tells me. “And from there we get back together, and someone might say, ‘Well, this part didn't work’. Or, ‘Hey. I'm building this quest and this thing that we talked about, I found out that I'm going to actually need this other thing.’ And then we keep working through some of those bits and pieces together. It's a constant dialogue.”

“World building is really informed by the necessity of the gameplay too,” Ely Cannon adds. “It's not a simple palette on which people are telling stories but really the world is very directly involved in telling the story and informed by the story that we're telling. So, for example, you have a quest person working on a space in a world and they're talking to the global designer and really informing what gameplay spaces are required. How do we need to move through that space to tell the story in the best possible way? It really is collaborative.” 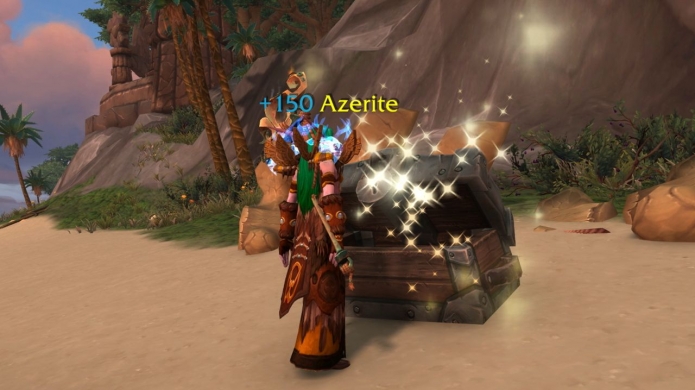 After a decade one might assume that at this point creating a new expansion for World of Warcraft is a process akin to something created in a state of the art production facility. Ideas go in and the final product comes out at the other end. With Blizzard, this notion couldn’t be further from the truth and can be seen in the experimentation and variety seen throughout World of Warcraft’s history.


The most recent expansion, Legion, was seen by many as a return to form. Not in the sense that it re-hashed ideas and concepts that worked in the past but played to WoW’s strengths as a social co-operative experience, whilst emphasising a grand epic story through interesting and engaging content.

“My feeling is always that every new expansion represents a fresh way of thinking,” Michael says. “I'm thinking back to Mist of Pandaria, Warlords, Legion and now, Battle for Azeroth. Every single time, it's what can we do that we haven't done before. How are we going to make this awesome?”

Battle for Azeroth will see Blizzard flex its creative muscles once again, with the introduction of two new modes – one modelled after the RTS roots of the Warcraft series called Warfronts and another that will see small groups go on Island Expeditions to strange, exotic, and dangerous new locations. Where they’ll race against an AI group to mine Azerite – a new element introduced in Battle for Azeroth. 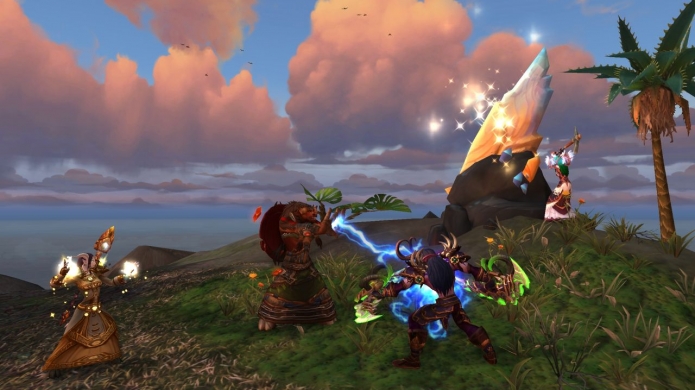 “I think Islands allowed us a lot more space to explore cool ideas as opposed to being handcuffed, or tied to anything specific,” Ely explains. “They gave us a lot more creative freedom to really try out various combinations that we might not necessarily have explored before.”

These Islands, which are handcrafted experiences, also feature large amounts of variety in everything from monster placement to mini-quests to random bosses that might appear. Blizzard are excited about their addition to the core WoW experience for good reason, they feature more variations than anything created so far. “They all have multiple different times of day, different environmental effects applied to them, different creature kits going on. Just that ability to mix and match things and have fewer rules is freeing and it lets us explore new places or even go back to environments that we've seen before. And then look at them in a very different way.”

Following in the footsteps of Legion which saw its story continue and reach its climatic conclusion several months after its initial release, things like Warfronts and Island Expeditions feel like they’re primed for continued support and evolution long after the August 14 release date for Battle for Azeroth rolls around. “We have tonnes of ideas for new islands and new content,” Michael adds. “I think more importantly for the franchise long-term as we are still learning a lot about creating dynamic content in World of Warcraft, is that we can make it more variable while still giving you the handcrafted experience.” 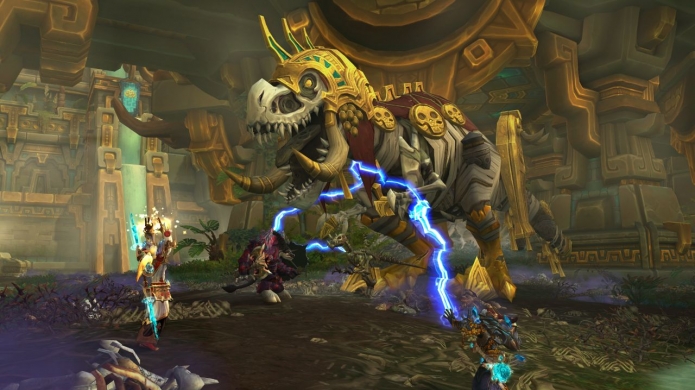 In the end though, without a world ending threat to deal with a lot of the story surrounding Battle for Azeroth is still very much under wraps. And no doubt with post-launch content planned, one can’t help but wonder if there will be a satisfying or definitive ending to this new war between the Alliance and the Horde. Without going into any detail, Michael Bybee concludes, “The answer to that is yes, and wait and see.”

Thanks to Michael Bybee, Ely Cannon, and Blizzard for their time. AusGamers traveled to Blizzard HQ in Irvine, California for a special World of Warcraft: Battle for Azeroth preview event.
Tweet 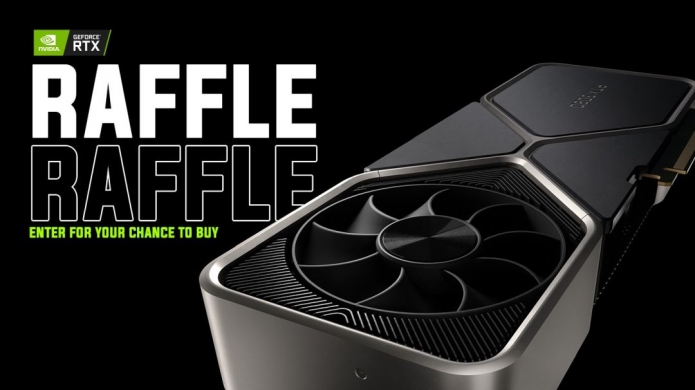 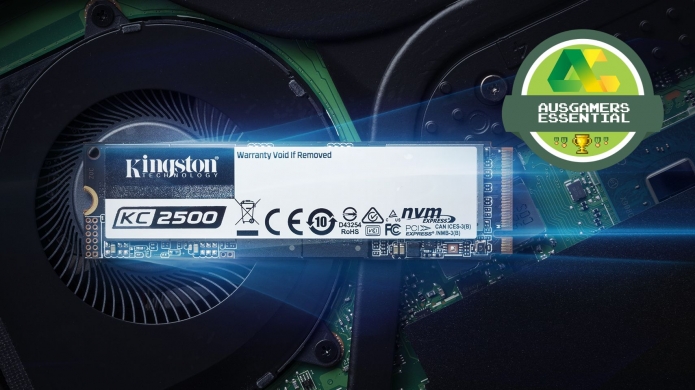