Streaming services and cloud storage are currently the two biggest bits of tech when it comes to media and online file storage. Not having to worry about a digital collection stored on a hard drive somewhere and being able to access a vast library of content through various networks is, well, convenient. As is the process of backing up personal non-commercial files and somewhat priceless media. Family photos and what not.

But, we’re not here to talk about that – even though we’ll touch on some of those features of the hardware we’ll be using. Instead, after spending another day looking at our physical movie and TV collection and wondered how difficult it would be to turn that into an interactive media app where the data was all stored locally that we could access from any device - we decided to do just that. And go one step further, what about network storage for games that could be accessed remotely from any PC or laptop on a closed or open network?

In plain speak, could we become our own versions of Netflix and Steam? 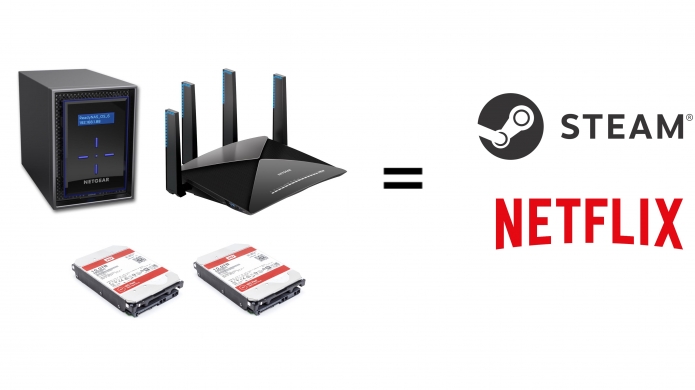 With the answer being – sure, the first part is more than doable. In the end it took the combination of a fast router for reliable wireless transfer and streaming speeds, a NAS (Network Attached Storage) to house all the many hundreds of gigabytes of media, gaming goodness, and cat photos.

And of course, hard drives measured by the terabyte. Let’s breakdown the gear. 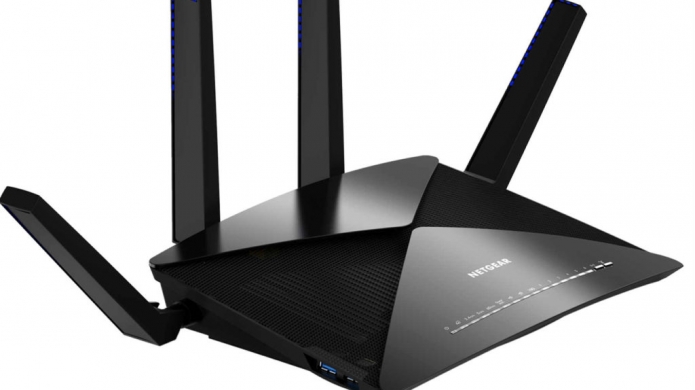 From a visual standpoint, and in terms of day-to-day use, a router isn’t exactly a head turner. In most cases it sits on a shelf somewhere, blinking away, and doing, err, stuff. Like giving you access to the latest tweets by your favourite celebrity. In between rounds of PUBG. But, there are naturally degrees of quality between makes and models. With the Netgear Nighthawk X10 sitting somewhere on the top of the food chain. The very top.

A device that comes packed with so many features that it has its own fan, heatsink, and open-grate casing on the top. Something that you don’t normally see on your everyday router. And hey, it’s the sort of kit perfect for not only wireless streaming and access, but also storage and even processing.

The Netgear Nighthawk X10 even features stuff that wasn’t created for home use – like the addition of aggregate Ethernet ports on the back which allow up to two network cables to access data at double the speed with redundancy. Also, a 10Gbit SFP+ port, which is the sort of thing one might expect to find aboard the Enterprise. And when connected to a capable NAS, results in the sort of access speeds one might find in a bustling office.

On the wireless front the Nighthawk X10 is also foreseeable-future-proof thanks to support for the 60GHz 802.11ad wireless standard. What does that mean? Well ungodly wireless transfer speeds, faster than most wired connections. But only with devices that support it. Throw in the 1.7 GHz quad core processor and dual USB 3.0 ports of the Nighthawk X10, simply plugging in a portable USB storage device can transform it into a NAS-like media solution in a matter of minutes. All possible too thanks to the easy-to-use back end with app support that includes a Plex media server. 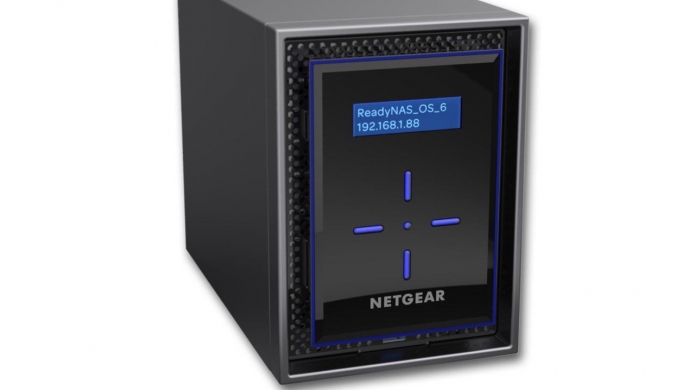 For those that may not be all that into PC hardware, a NAS is essentially an internal server where files are stored with a focus on quick access, long-life, redundancy, security, and back-up capabilities. Basically, a secure location where you can keep all the important stuff you need – without worrying about losing anything important. Like movies, TV series, and games.

In terms of storage potential, the Netgear ReadyNAS 422 (2-Slot) falls on the smaller side of the spectrum, mainly due to it only being able to house two independent hard drives. In the world of NAS solutions, the more slots you have the price increases accordingly. What’s important to remember is that the Netgear ReadyNAS is not a PC. NAS architecture dates back quite a few years, and it’s only recently that they’ve become ‘user friendly’ and suitable for home use. 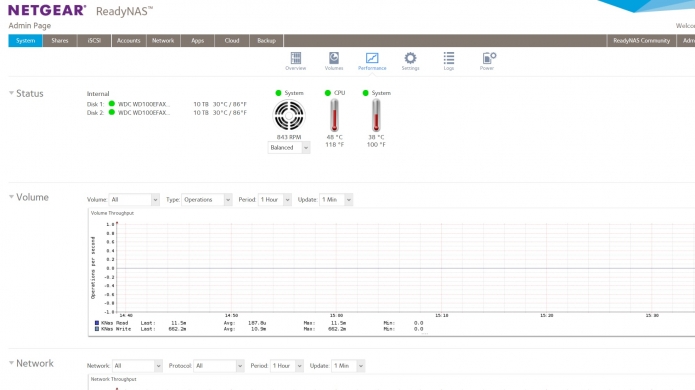 Which is what makes the Netgear ReadyNAS a perfect solution to home storage. Setup is as simple as connecting it to your router and then punching in a web address to do the rest. Even setting up storage, applications, and getting detailed readouts is a breeze with the ReadyNAS’s excellent OS and web interface. Getting media and games onto the device is a matter of dragging a folder from one directory to another. Or better yet, doing it all internally via the handy USB ports that allow for additional USB storage devices to be connected. Handy for those of us with things backed up to external drives.

Another great feature is the built-in cloud storage functionality that adds an additional layer of redundancy and is just as easy to setup as everything else. In fact, after a few minutes with a ReadyNAS you’ll feel like some sort of networking god - setting up power saving schedules, monitoring temperatures, and checking in on live services. 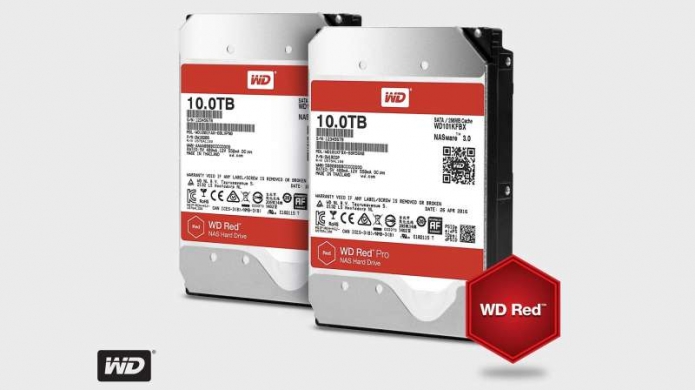 Perhaps the easiest decision to make, but an important one nonetheless. And one that requires different approach thanks to the NAS environment, which is designed to be run 24/7 with large amounts of data being transferred or accessed every hour.

Which is where the Red line of Western Digital hard-drives come in. They’re designed specifically for this purpose, to be kept running 24/7 and housed within a NAS storage device. In addition to design features like built-in recovery controls and low overall noise-output. In recent years the prices of Western Digital Red drives have come down considerably thanks to home storage NAS solutions like the Netgear ReadyNAS. Which is why we decided to go all out with a pair of 10TB drives. The sort of storage number that feels like a proper server.

Alternatively, the only other viable choice would be the Seagate Ironwolf line of NAS drives. 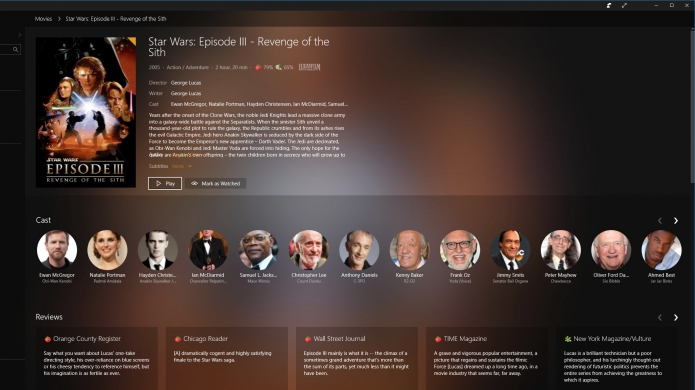 If you’re comfortable setting up a router, then the addition of a NAS with multiple hard-drives installed won’t pose much of an issue. Falling into that camp we decided to see just how easy it would be by simply following instructions and how-to guides provided by Netgear. Turns out, Netgear’s manuals are pretty good on that front with both the Nighthawk X10 and ReadyNAS offering easy, streamlined setups for networking. In addition to the fine tuning of settings, passwords, accessibility, and the type of RAID storage to use. Although all that stuff would be confusing without a better understanding of the underlying tech.

But getting everything setup and then copying movies and games into neat little folders is only part of the story. The second part, media wise, comes in the form of Plex. A free and subscription-based media solution that will sit on the ReadyNAS as a media server, downloading artwork and full details for every file, waiting for a nearby device to say “Hey, I want to watch Waterworld again for the third time this year.” 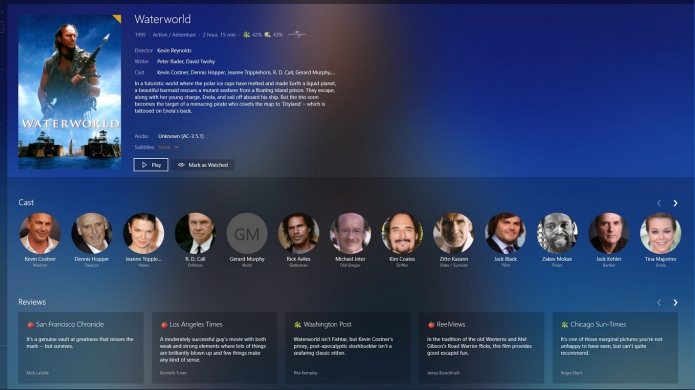 Plex is the sort of application that takes the hard work out of well, becoming your own mini-Netflix. As the Plex Media Server sits there on the ReadyNAS alongside media files Plex apps installed on PC, iOS and Android devices, Xbox, PlayStation, and even Smart TV’s can all browse and navigate through libraries and stream content in a matter of seconds. With the Nighthawk X1 we were able to stream the same movie to two devices without any buffering or network issues.

Getting it all setup was remarkably easy.

Games, not so much.

NAS Gaming – Is It Possible?


Sure, but not really a viable option for storing and accessing your Steam library or modern collection of games with installations measured in the tens of gigabytes. Also, there’s no real way to get your Xbox One to use a NAS as the installation directory. Standard wireless network speeds simply pale in comparison to a fast SSD or USB 3.0 storage solution, making the streaming of high resolution texture data almost impossible. Although that changes with the 60GHz 802.11ad wireless standard, our laptop didn’t support it.

So, does that mean without a cutting-edge PC or laptop that our dream broke into a million tiny pieces? Nope! It simply meant a slight detour into the world of classic gaming. DRM-free GOG.com style. That is storing a huge ready-to-play DOS library of games, with everything from the original Star Wars: Dark Forces through to The Secret of Monkey Island and DOOM II all pre-configured with the right DOSBox and runtime settings to make them instantly playable on any Windows PC connected to the network. 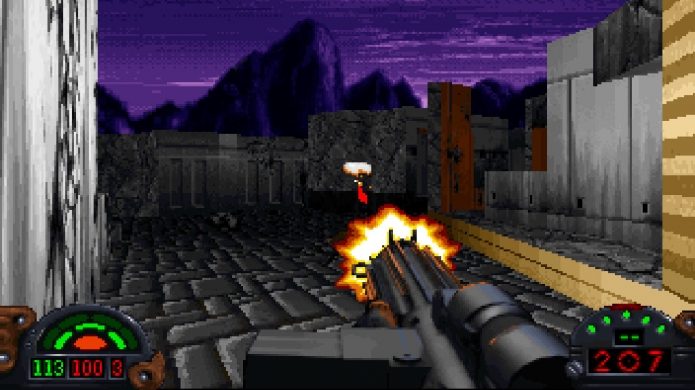 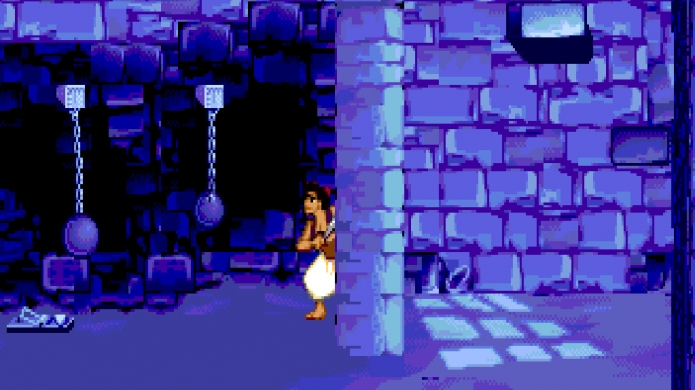 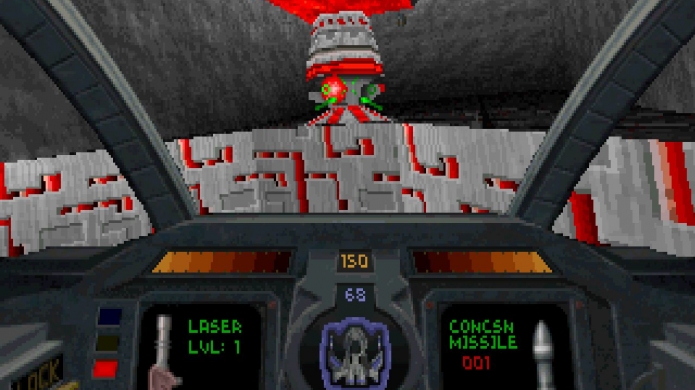 The next step of course would be to customise a Plex or Netflix-style fancy front-end. Which, something like RetroArch fits the bill. Bear in mind though that a classic gaming front-end is a long and involved process the opposite of the few-easy-steps method employed by the likes of Plex.

In the end, this entire project turned out to be far costlier than we expected. Way more than subscribing to Netflix for a year or simply housing all your games on an external drive.

But, the results are impressive.

Being able to scroll through over a thousand pristine HD movies and TV episodes is worth it. Especially when you can then access a library of classic games that are backed-up to the cloud. Accessible from any PC – with everything in one place.

Hardware supplied by Netgear and Western Digital for review purposes. The idea to setup a games and media server was wholly our own!
Tweet