The latest June 2020 quarterly update on Diablo IV is a treasure trove of new info, so let’s break it down.
Diablo 4 Update – Open World, Events, Legendary Gear, and More
The Premise of Far Cry 5 is Nuts and it's “Happening Now”
Post by Grizz @ 04:35pm 27/10/17 | Comments
Behind-the-scenes with the sequel that's ramping up the crazy - we chat with a real-life cultist deprogrammer who's helping Ubisoft create an authentically scary big bad for Far Cry 5...


I had one of the most interesting conversations of my life recently. I flew up to Ubisoft Montreal and had a sit down with Rick Ross, international cult-buster with 30 years’ experience. With 500 interventions under his belt, and God knows how many death threats aimed his way, he's the world-leading expert who's making sure Far Cry 5's antagonist and his ilk (Joseph Seed and the Project at Eden's Gate cult) are being kept real. Reeeal crazy, that is.

AusGamers: What is the likelihood of Far Cry 5 happening in real life? 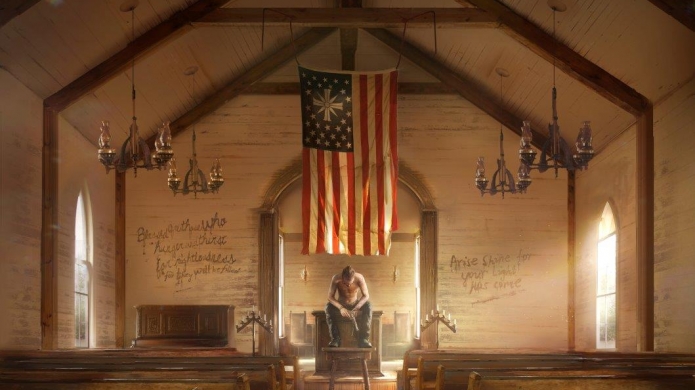 Rick Ross: It's happening. There's nothing in Far Cry 5 that is not real. You won't find anything that I can't say to you: this has occurred here, here and here. There's no exaggeration. With Far Cry 5 Ubisoft Montreal has taken pieces of disparate groups, pieces of history and they've pulled it together into a very unique posit. I could take any of those pieces and put it into historical context for you.

I mean... uh, I don't want to say specific groups, but I'll let you use your imagination. There are groups in London, there are groups in New York, groups in Florida, groups in Hollywood – very famous people belong to them, and they have a lot of money, and a lot of power. Some of these groups own blocks and blocks of major metropolitan areas. They get special treatment. They have sheriffs that like them. They have congressmen who like them. I can think of three or four US Congressmen who have been in groups called cults. There's nothing over-the-top in this game.

AusGamers: Is this the first time you've consulted for a videogame, and what do you think of the experience and Far Cry 5 so far?

Rick: Yes, this is new ground for me. I think it's really interesting. Really, really cool. I like the idea of being able to go into the world of the cult and to become immersed in it. I think that a medium of a video game is just a fantastic way to view that; to expose people to something that they would otherwise not see. Like Dan [Hay, Executive Producer] said: it's titillating. Being transported into that Far Cry 5 world is what fascinating experience.

AusGamers: So what defines a cult, Rick? Am I in one? Is gaming a cult? 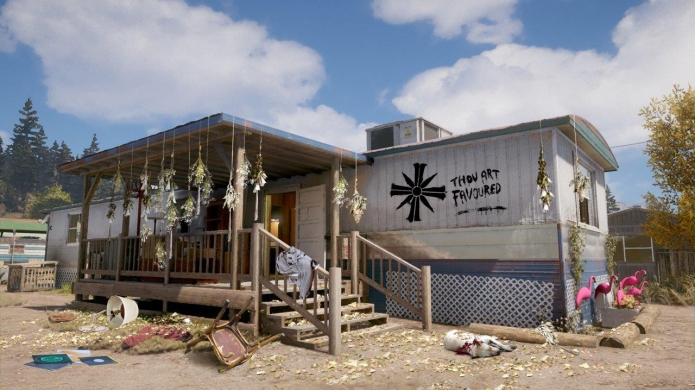 Rick: [Laughs] No. I wrote a book called Cults: Inside and Out where I identify the nucleus and definition of a destructive cult. It was based on a paper that was published by Harvard University in the Eighties by a psychiatrist who taught at their medical school, Robert J. Lifton. And I believe: don't reinvent the wheel.

There are three key characteristics. Number one: an absolute authority figure, a totalitarian leader who becomes an object of worship and is the defining element and driving force of the group. He says what's right and wrong. So a lot of times, when the leader dies, the cult dies, because he animates the rest and is the hub of the wheel.

Number two: the group has a process of thought reform to gain undue influence over the members of the group. They promote a mindset, they have a process of coercive persuasion to grate people down and they get them to depend upon the leader to think for them. You see it when they act against their own best interests in favour of the best interest of the leader.

You could have one in two of these characteristics but not this last one too. Thirdly, the group hurts people, and this varies by degree from group to group. It might be: work for me for free. Give me all your money. Oh, and by the way, your sister looks really good and I'd like to have her tonight. It can escalate to criminal behaviour, sexual abuse, medical neglect. It varies.

AusGamers: You've studied cults around the world. Why is America such a great fit for Far Cry cult? 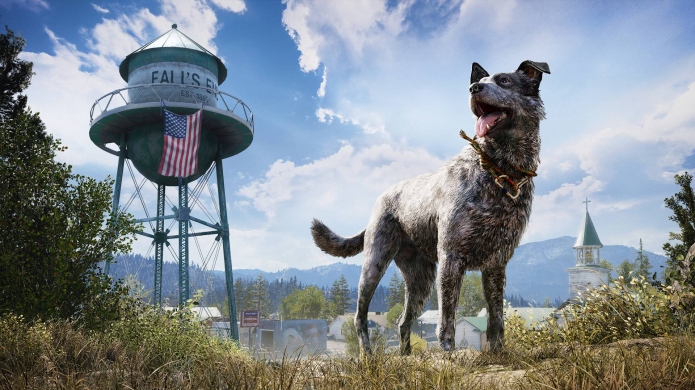 Rick: I think the biggest thing that makes the U.S. 'the cult capital of the world' is, number one, the constitution and the first amendment that gives groups special protection. And you could argue that this happened because Europe once said to all of the groups that it didn't want “ok, you guys are certifiable, so bye, you're going to the American colonies”. The US was lumped with all these disparate groups who don't want to get kicked out again, and when the constitution was penned they asked for special consideration for the rights of free expression, tax exemption,etc.

That said, there have been plenty of cults in the UK, like The Jesus Army, which was a big deal for years. I could go down a list. I've worked in Ireland, in Europe with The Solar Temple, and of course Asia and Africa are rife with cult activity, too.

AusGamers: What about where I'm from, Australia? 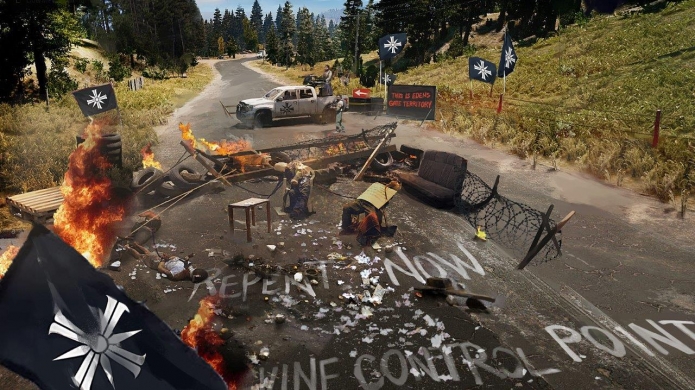 Rick: Oh yeah! Been there five times to work; I was there in the last 18 months to do an intervention. So you guys have the outback, [which means] isolated compounds. You've also got this one guy who says he's Jesus, reincarnated, A.J. Miller. His wife/girlfriend is Mary Magdalene, if you believe that. But yeah, he's rich, and Mary Magdalene is kinda hot – he's, like, 20 years older than her. I mean, Mary Magdalene could have been reincarnated as an overweight, kind of older woman, but no, no, no, she's a young hot lady.

AusGamers: How difficult is it to deprogram a human?

Rick: It's tough. Takes me about three or four days. I have to meet with the family for preparation, after they've downloaded my book and we've had a lot of phone conferencing, and I have all my research pulled together in a file. Then, you know, I'm retained, and I fly in to wherever. Recently I did one about an hour out of Dublin with a medical doctor – one of five that I've deprogrammed. So you could be dealing with a real braniac who's condescending and dismissive. Not only do they “know the truth”, but they're an M.D. [laughs] so they're hard to talk to, you know. 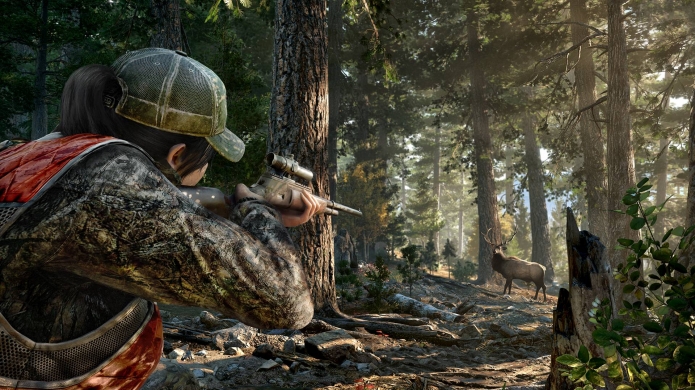 The family is there. It's like a drug or alcohol intervention in that regard. It's very much “you've got a problem, and we're all here for you, and please hear us out”. It's changed a little over 30 years, because now I have to insist on a total blackout on devices – no phones, no Wi-Fi, no way to communicate with the group. Then we do eight hours a day, roughly 32 hours of work. We go over: what is a destructive cult, how to stop thought reform, what is the hidden history of your group, and why the heck is your family so worried about you? In the end, the decision to leave is up to them.

75 percent of the time I'm successful. Though on my last trip to Sydney I bombed. That was the worst intervention of my [30 year] career. The guy left in three minutes. I spent more time on the plane coming over from New York than I did with this couple's son. It was just one of those situations where they'd beaten this horse really hard before I'd gotten there, and he was pretty raw. The group had coached him heavily, too. In an ideal situation, I come in, and there's been enough time passed so that the person is not quite that defensive and hardened in their position.

AusGamers: Last question. Judging by the heavily-armed characters behind us on this Far Cry 5 mural, some cults can be quite unfriendly. Have you ever had your life threatened? 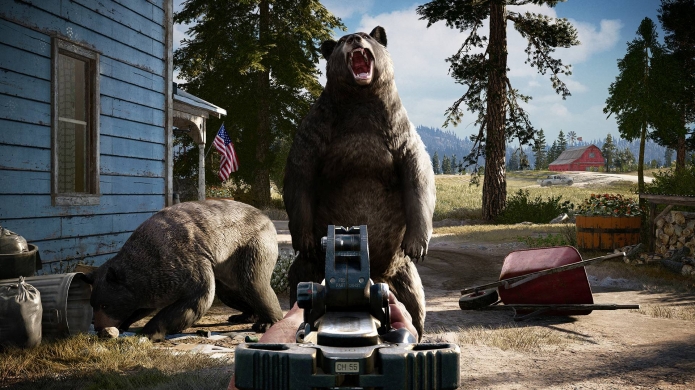 Rick: I've been protected by the United States Justice Department before, the FBI, for a period of more than a year. I was put on a hit-list by a group in Wisconsin that said they wanted to murder me. I wasn't the only one on the list, there were others. I've been stalked. I had a doorman in my building who was selling my garbage to a cult. I was almost set up to go on a cruise to supposedly do an “intervention”, my lawyers believe the group had plans to throw me overboard in the middle of the ocean. I've had my life threatened many, many, many times.

Also, I am the only person who has successfully deprogrammed Branch Davidians [think: Waco Texas]. When a heavily-armed David Koresh was told I was converting back one of his favourite people, they had me tailed while I was on a job in LA. So yeah, I've [chuckles] come reasonably close to having my head blown off.

AusGamers: Thanks for your time Rick, and for setting the record straight on how (worryingly) real the cult will be in Far Cry 5. You've just added a whole new dimension to what's already shaping up to be the shooter to play in 2018.