A celebration of the long-running franchise and a great way to kick off Switch gaming in 2023.
Fire Emblem Engage Review - Strategy Gold
Blizzard on the Return of the Necromancer
Post by KostaAndreadis @ 03:49pm 06/06/17 | Comments
We chat to Blizzard about the return of the Necromancer and how they fit into the world and story of Diablo III.


“The Diablo III Necromancers are brand new characters, but they come out of the same lore and tradition that our D2 Necromancer did.” That’s Diablo III lead writer Valerie Watrous talking about the return of the Necromancer to the Diablo franchise. “The Necromancers call themselves the Priests of Rathma and they believe in the concept of balance between the forces of light and darkness. So, every time they encounter a situation where they need to take action, the reason is that the balance has been disturbed in that location.”


This can be seen in the opening cinematic to Diablo III’s first Act, an experience players got to enjoy for the first time in 2012 -- reimagined with the arrival of the Necromancer. Adding a new class several years after a game’s initial debut provided the team with the chance to re-tell familiar stories from an entirely new perspective. “The Necromancers are much more logical and calculating, they know that since Deckard Cain's a scholar he'll probably have some information for them that will be useful,” Valerie tells me. “So, it's not so much what they are doing but why they are doing it, and I think it's really interesting that they would wield these dark powers for very good and noble reasons.”

That’s right, in a world full of monsters and demons and the Lords of Hell running rampant, wielding an undead army of skeletons and re-animated corpses is doing the work of the High Heavens. Valerie explains, “The skeletons they raise to help them fight, are used to put down other forces that are disturbing the balance. Necromancers are all Priests of Rathma, and they have that similar world view in that they want to uphold this balance at all times.” Which is probably why when they visit Whimsyshire they won’t have any trouble dispatching hordes of cuddly teddy bears. Balance. 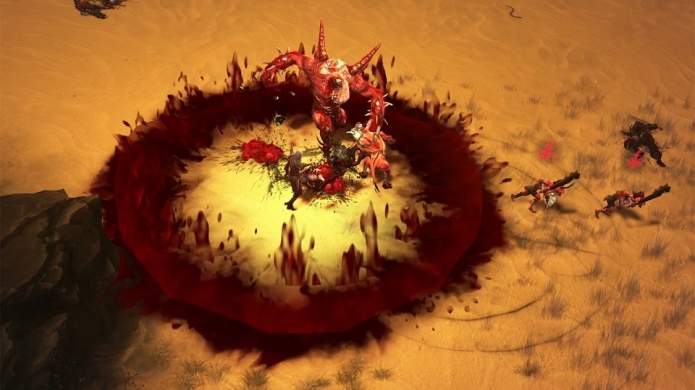 Coming as part of a Rise of the Necromancer pack sometime this year, the new Diablo III Necromancer won’t be released alongside a new story-driven campaign. Or, traditional expansion. Instead, they’ve been integrated into the story currently found throughout the main game and Reaper of Souls expansion from 2014. A process that sees the introduction of several new Lore Books, written specifically to expand the background of the Necromancer and fill in some of the blanks from Diablo II. That’s not to say that the arrival of the Necromancer won’t include anything new, as new monsters to fight and environments to explore will be coming in the form of two new Adventure Mode zones – the Temple of the First Born and the Shrouded Moors.

“The artists had some amazing ideas that they explored in their concept art that gave me some ideas for some places and characters we could meet in these areas,” Valerie says. “They are standalone zones that in some ways continue a story thread that comes out of everything players have experienced in Act’s I through V. Basically, as players have gone through and defeated enemies, they have also made more enemies. So, you'll get to find out where that leads in the Temple of the First Born and the Shrouded Moors.” 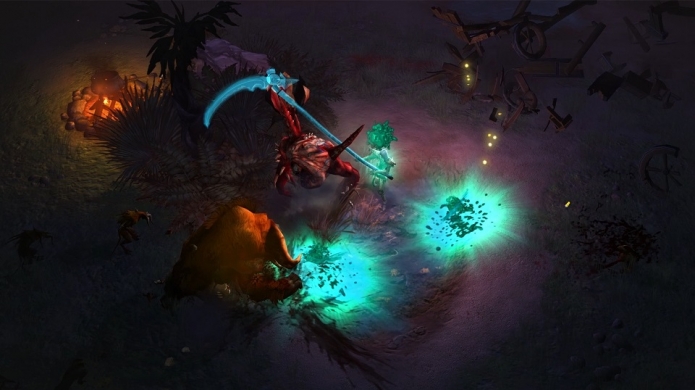 This attention to detail and ensuring that thematically what the team is doing remains true to the character and world means the consultation of two full-time Lore Keepers at Blizzard. People whose job it is to manage all the lore for each and every Diablo release. “They are both incredible at their jobs,” Valerie tells me. “And they have this wonderful vast knowledge of all of our releases. We went over everything very carefully, especially when creating content for the Necromancer class.”

Diving deep into a character, and their background, is always a rewarding experience in a Blizzard release. But in the case of Diablo III, more often than not enjoyment comes first and foremost from dispatching any number of monsters and converting them back to the building blocks of life in the series – red goo. In bringing back the Necromancer the team worked closely together to ensure that skills and new Armour Sets also reflected this rich history. “I was so impressed with what our artists came up with for the different visual themes of the new Sets. They're all very distinct and they call on different aspects of Necromancer lore.”

The Rise of the Necromancer Pack for Diablo III is on track for release in the second half of this year. For detailed hands-on how the new class feels, check out our recent Back from the Dead – Hands-On with Diablo III’s Necromancer feature.
Tweet