The latest June 2020 quarterly update on Diablo IV is a treasure trove of new info, so let’s break it down.
Diablo 4 Update – Open World, Events, Legendary Gear, and More
How Heroes of the Storm 2.0 Improves on its Solid Foundation
Post by KostaAndreadis @ 02:39pm 04/04/17 | Comments
At the recent Heroes of the Storm Spring Summit Blizzard revealed a new look and feel for the game. Called Heroes of the Storm 2.0 we went hands-on, opened a few Loot Chests, and walked away impressed.


Blizzard’s take on the MOBA genre can be traced back to the release of StarCraft II: Wings of Liberty, where as part of the player-creation StarCraft Arcade the studio was planning release its own custom game called ‘Blizzard DOTA’. A MOBA that would feature a cast of characters drawing from Blizzard’s many franchises ranging from StarCraft to Warcraft to Diablo. Now, at the time this made a lot of sense, the MOBA was born as a similar custom game for Warcraft III called ‘Defense of the Ancients’ and becoming an official part of Blizzard’s next high-profile game release felt like the logical next step.

This was a time before the juggernaut we know as DOTA 2 came onto the scene, but not before the huge explosion in popularity for the burgeoning MOBA genre. After its initial release in 2009, it wasn’t long before the Defense of the Ancients-inspired League of Legends had garnered a player-base that could be measured in the tens of millions. Blizzard DOTA, or Blizzard All-Stars, was very much seen as major contender for hitting similar highs. But, the game would remain in development for a number of years and in that time, see many changes. 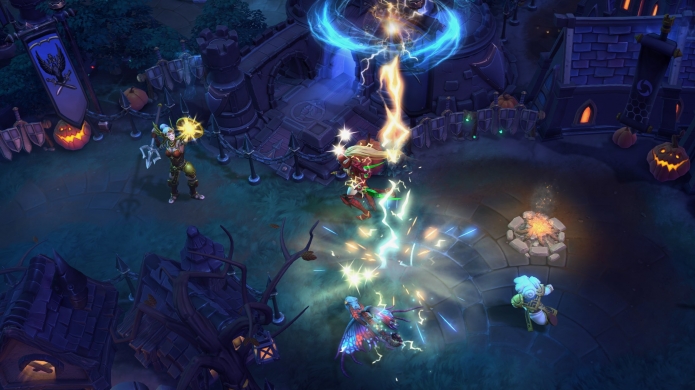 Released as Heroes of the Storm in June of 2015, Blizzard’s MOBA may have been late to the party in one sense, but a milestone release for the genre in another. Much like Blizzard’s impeccable track record of putting a stamp on any genre it decides to play in, whether that’s a first-person shooter or a massively multiplayer game, Heroes of the Storm was quickly recognised as something different and fresh for both the genre and the studio. As a stand-alone free-to-play release created using the StarCraft II engine, with many on the development team made-up of veteran StarCraft and Warcraft developers, Heroes of the Storm was welcomed by an eager Blizzard fan-base.

But, the easy to get into, hard to master mentality that permeates many of Blizzard’s titles was not enough for Heroes of the Storm to step out of the shadow of the already well-established DOTA 2 and League of Legends. Still, it’s a well-known entity, and at the competitive level Heroes of the Storm has found success as it has as a fun game to play daily, weekly, or whenever you’ve got an hour to spare. The way it has gradually shifted focus from the lane-style setup of most MOBAs to embrace objective-based team-play within Battlegrounds designed to replicate the moments, feelings, and excitement found in other Blizzard properties has perhaps been its biggest drawcard. 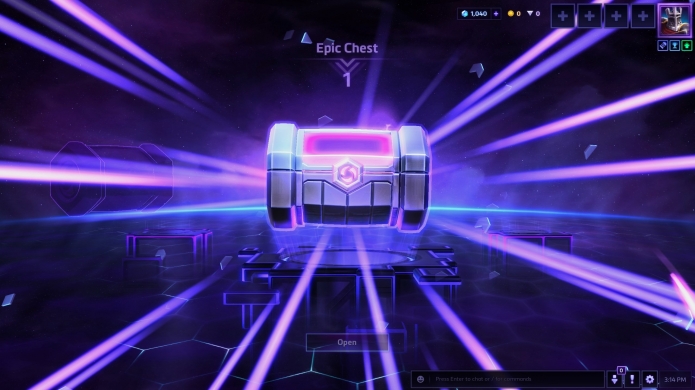 That, and Azmodunk – which saw the Diablo III villain Azmodan put on a pair of oversized basketball shorts and begin spouting trash talk worthy of any court.

Here Comes a New Challenger, The Return of the Amazon 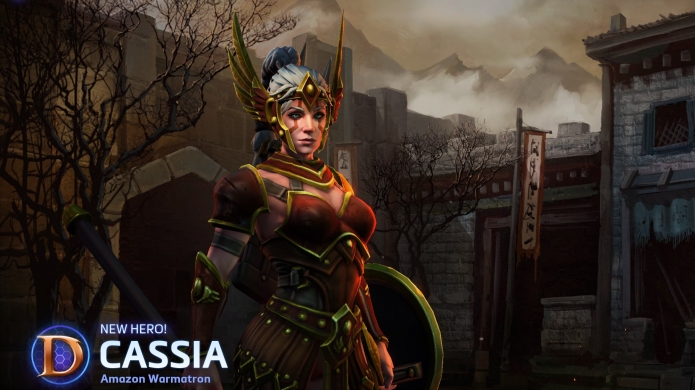 One aspect where Heroes of the Storm has not failed to impress has been in the steady stream of new heroes that have been added to the roster. In 2017 alone we’ve seen everyone’s favourite Overwatch healer, Lucio join the ranks. And that’s everyone in the ‘Kosta’s favourite healer’ sense.

On top of that we’ve also seen the surprising addition of Probius, the little Protoss builder and warper from StarCraft that could. But, with the 20th anniversary of the Diablo franchise happening this year, new Diablo hero Cassia is perhaps our favourite addition to the line-up so far. Mainly because she’s a homage to the Diablo II Amazon, and in execution provides a great balance of playstyles. Making her the perfect choice for those who may not have a few hundred hours of Heroes of the Storm playtime under their belt.
It’s safe to say that in addition to its accessibility, the core mechanics, recognisable heroes on offer, and variety of Battlegrounds have always been Heroes of the Storm’s greatest strength. A game featuring the best of StarCraft, Warcraft, Diablo, and more recently, Overwatch. Even so, a lot of the systems surrounding the game have felt like they’ve needed an overhaul for some time now. Player and character progression has felt sluggish since launch, and the real-world money system to buy skins and new heroes was rudimentary at best. Something we’ve seen in countless free-to-play titles, and nothing all that extraordinary.

At the Heroes of the Storm Spring Summit in California last week, we were lucky enough to witness the debut of what’s been called Heroes of the Storm 2.0. Currently available to play on the Heroes PTR, the most obvious and notable addition may be the introduction of Loot Chests, but it’s the new progression system and what’s found inside said chests of loot that points towards a new and more inviting direction for the game. The update, which doesn’t really change how the game is played, instead offering a complete re-write of the progression and reward system, more than earns the 2.0 subtitle. It features the same game that we’ve watched evolve over the past year or two, but this time wrapped up in a new and exciting coat of paint.

If you’ve played Overwatch then a lot of what can be found inside the new Heroes of the Storm Loot Chests will sound familiar. New hero skins, sprays, voice lines, announcers, portraits, banners, and even emojis. How you feel about cosmetic items in general will naturally play into how you perceive the announcement of this sort of thing. But in the case of Heroes of the Storm, which plays out like the celebration of all things Blizzard -- a world where heroes from all Blizzard franchises can battle it out in a StarCraft, Diablo, or Warcraft environment in a fast and frenetic take on the MOBA formula – these cosmetic differences and options start to add up.

To take advantage of all the new stuff on offer 2.0 introduces a new Collection section on the main menu where all the stuff you unlock can be viewed and managed. And it’s the management that really sells you on this new direction. With the ability to create several custom loadouts, it’s entirely possible to play a game of Heroes of the Storm with not only a preferred mount, but also character voice line, skin, spray, banner, and announcer tailored to your favourite Blizzard property. Or, to which franchise the hero you’ve selected belongs to. If we were to highlight one feature that really encapsulates 2.0, it’s the ability to select a custom announcer. A feature, as seen in StarCraft II, that pushes Heroes of the Storm into the realm of dream come true for Blizzard fans.

And that’s dream come true not in the literal sense of the phrase, but in that it lives up to the promise and core mechanics of Heroes of the Storm. A fun take on the MOBA genre where Blizzard characters and locations from past and present are all represented. The introduction of Loot Chests won’t get rid of the existing systems in Heroes entirely though, with real-world money being replaced by Gems, allowing players to purchase specific items, heroes, or skins as they currently do. As a free-to-play title a new way to dish out cosmetics may not sound all that impressive, but the work carried out by Blizzard here, which also revamps the progressions system, finally complements the core brilliance of the game itself. 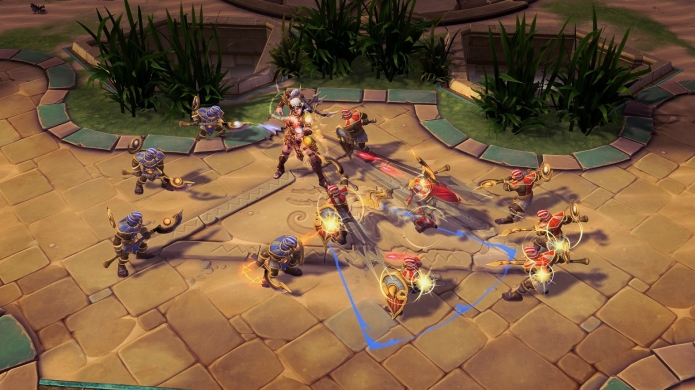 By taking the cosmetic stuff from behind a paywall and giving everyone the opportunity to unlock all additional content, as well as adding what feels like hundreds of unlockable slices of Blizzard-specific bits and pieces, Heroes of the Storm 2.0 offers up the most inviting version of the game to date.
Read more about Heroes of the Storm on the game page - we've got the latest news, screenshots, videos, and more!
Tweet