Out of retirement and back patrolling the space streets, we take an updated look at Oberon Prime and Nekros Prime
Inside the Warframe Vault - Our Guide to Oberon and Nekros Prime
Battlefield 1 Reveal - What to Expect from World War I in a Battlefield Game
Post by Steve Farrelly @ 06:22am 07/05/16 | Comments
AusGamers was invited out to EA's Redwood Shores HQ for the Battlefield 1 reveal. Read on for our thoughts...


Heading in to our reveal session for what we were referring to as Battlefield 5, the early speculation among the group was running wild. Microsoft had already posted an image as part of a countdown to the reveal on the Xbox One dashboard leaving many to assume, based on the presence of a zeppelin, and the figure in the image’s attire and weaponry that we were indeed heading into World War I territory. Some of us were even hoping that, based on the heightened drama of said image, we might be getting a liberally creative alternate universe WWI-style game not so hamstrung by the realistically slow nature of all warfare from the period.

And World War I it was. But not of the fictional variety. You’ll have probably watched the reveal trailer by even reading to this point. If you haven’t, it’s embedded for you below.

With Call of Duty partnering with Sony last year, it seemed to make sense that Battlefield 1 came with the Xbox One lead-in. Pre-alpha footage was shown to us during the extended period of the reveal, but it’s hard to assume that the footage was Xbox One pre-alpha, PC seems the likely candidate because it’s fucking gorgeous.

For the die-hards out there, the emphasis during our presentation was on the multiplayer and how World War I wasn’t as limiting as many have suggested over the years the period has been floated as a potential candidate for the series. You’re not only going to be fighting in trenches – aerial warfare, Arabian deserts, Italian alps, areas of France – all were touted as proving grounds for “Battlefield moments” to take place in. DICE talked about this conflict being “the true dawn of all out warfare”, and that it was the beginning of arms races that helped create the tools of destruction required to compete on such a grand world stage, or in a videogame.

Character classes return in familiar form: Assault, Medic, Support and Scout are all in tow, but you’ll also have varying vehicle classes across the myriad vehicles available. Heavy and light tanks, armoured trucks, cavalry, biplanes, triplanes, scout planes and bombers. You can even get yourself on board a battleship sitting out in the ocean and literally barrage the enemy, creating chokepoints or stopping them from achieving objectives. Land, air and sea are huge emphasises for the sandbox gameplay Battlefield multiplayer is renowned for, and there’s an even larger focus on team play with structured rewards, apparently (not a lot of detail was gone into here). 64 player multiplayer is just the tip of the iceberg, and we were told that the environments would be more destructible and that you would have a more physical presence within them; a more personal experience. If it looks and feels like you can go there, or open that door, chances are you can. 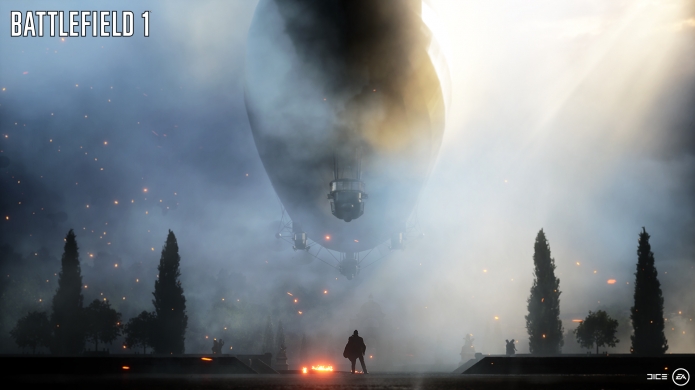 An area of the game that will be new to many, however, is in the physicality of the player-to-player melee. Hand-to-hand combat is not just as simple as meleeing a person and will require skill and poise. Your character is also equipped with melee weapons such as shovels or sabres. The “spike club” you see in the trailer is perhaps one of the most insidious weapons ever seen in this type of game, but it’s the type of game where you can literally “bring a horse to a tank fight”, we’re told. Think about that for a minute… will you be able to strap explosives to your horse, flank around a tank and then ghost the poor thing towards the metal beast? I’m sure YouTube will answer that as soon as those “Battlefield moments” become public domain upon release.

There is a single-player campaign too, though not much was actually said about that. “Players will travel the world and discover things that really have been forgotten for a very long time,” explains the game’s multiplayer lead. Reverence will be an important aspect of the game’s campaign, and it’s perhaps the most trepidatious I’ve been for any such gameplay component – if only because DICE’s single-player credentials (Bad Company 2 notwithstanding) aren’t as highly regarded as their multiplayer.

They already do have DLC planned though, as you may have already seen, and it’s centred around the exploits of the Harlem Hell Fighters, which if you do a bit of research tells us they have that reverence front and centre. And we’ll be delving into this a little later down the track once more information is available. For now, what we walk away with is a game that will indelibly make its mark in the Battlefield and shooter landscape just for being so bold as to be taking on World War I. It won’t be flying too many “Hooah” American flag moments, and looks to be delivering one of the most personal and brutal games in the series where offence such as mustard gas and flamethrowers, were commonplace. You’ll mount horses and join a pilot as his or her gunner in aerial combat, or work as a scout for your time up on high, sniping the enemy with your bolt-action rifle. 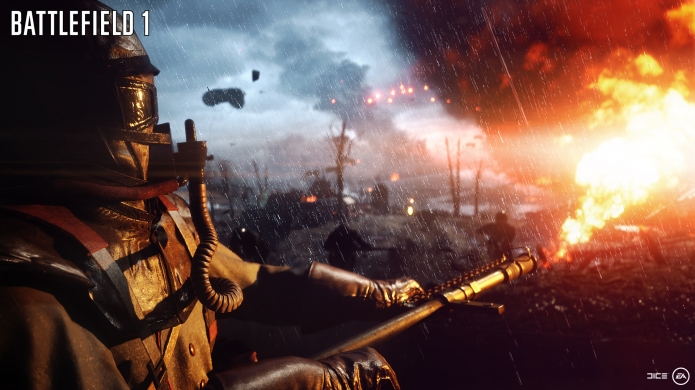 And you’ll be doing this, worldwide, from October 21 on all three platforms. Eager beavers can opt in for the “Early Enlister Deluxe Edition” which will open the game up for you from October 18, which isn’t the best system in place for balance when all the rest of the normal paying plebs choose October 21, but hey, it’s the gaming world we currently live in.

We’ll have more content from the event coming soon, including developer interviews, but for now, rewatch that brutal trailer over and over again, and start thinking about the gameplay possibilities in one of the only titles bold enough to literally go backwards, in a good way.

Read more about Battlefield 1 on the game page - we've got the latest news, screenshots, videos, and more!
Tweet