So when they showed me the degree to which you can alter your handling in NFS, I was pretty surprised. Need for Speed couldn't be defined by its handling model, because you get to define it yourself. At the same time, it's fitting, because the handling models it lets you choose between range from the grippy Black Box-style system to the slippy Criterion physics. In a way, they let you define Need for Speed by its predecessors, and it works brilliantly. 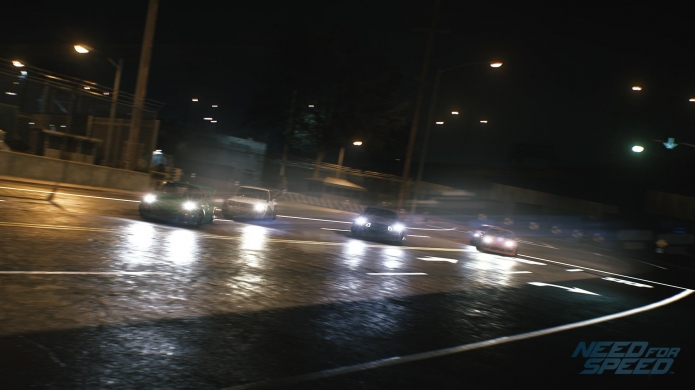 You're not confined to two settings -- grippy or slippy -- but are instead able to goof with your car's suspension, tyre and brake settings (among other things) to create the driving profile you need, and it allows you to race exactly how you want. We're not talking about miniscule differences though -- if you want, you can do a race braking into corners and powering out of the apex before heading back to the garage and then sliding around every corner like a Hollywood car chase.

What's really interesting is that this lack of definition in itself winds up defining the game. Because, thanks to this handling model, I was able to see Need for Speed for the game it is -- an action game, where the racing is secondary to the cars and the culture.

Marcus Nilsson, founder of Ghost Games and Executive Producer on the game, explained how this idea came to be.

"I never believed in the idea in the first place," he said, laughing. "When Craig [Sullivan, Creative Director] mentioned it to me, I was like, 'How are you going to do that? We have a handling model, it needs to do something.’ and he just said, 'Trust me.' Then he started prototype work with the team and one day they showed up and they said, 'Here's this car,' and you drive it and it felt really similar to the Black Box games, and then they changed a number and I could drive it like a Criterion game." 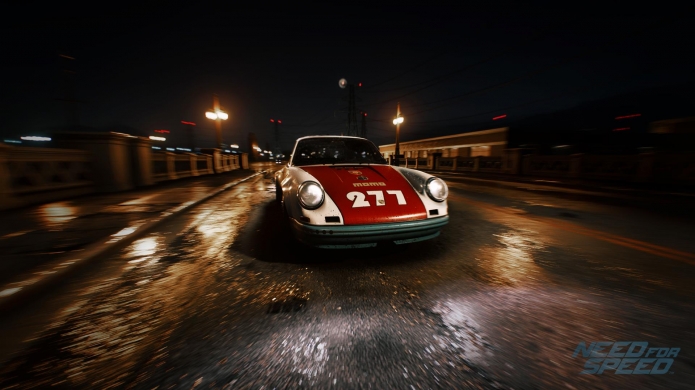 "The fact is that they then ran test on this lap race and we could see which one had the big advantage and that point in time grip had a big advantage, but they've gotten it narrower and narrower and narrower to where now it's really head-to-head," he continued. "I think it's quite a big innovation to be honest, because if you go back and read the Rivals reddit comments and you see, 'Oh, this bullshit of tapping to slide around a corner,' and someone is getting back to that with, 'Well, that's the way it should be: it's Action Racing.' So there are different camps for how they want it to be. So if we can cater for both of them and they can then play and compete together, that's a pretty nice thing to get."

What this means, however, is that some purists will notice the game working for or against them, depending on the circumstances. Catch-up logic is one of those divisive elements that games often implement in the name of accessibility to varying success -- depending on how it's done, it can be anything from invisible to an iconic blue shell designed to ruin your day. And Need for Speed has a few types of catch-up logic -- in singleplayer races it tends to simply be AI that drives faster or slower depending on your race position, which is to be expected in an action racing game. In multiplayer, however, it seemed like the game would throw traffic at you when you gained too large a lead and it sometimes -- as one opponent of mine found out when a car swerved in front of them metres from the finish line -- has hilarious results.

"We have catch-up logic," Marcus told me later. "We cannot make it sort of Project CARS hardcore. Having said that, our job is to make it as smooth and invisible as possible. So what you played up there was not the final code for that, right?" 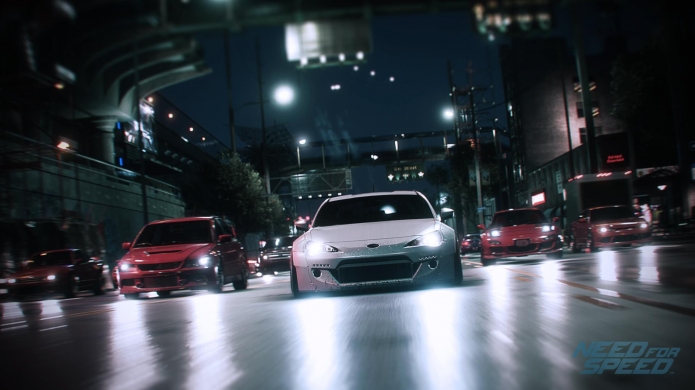 "Still, it's difficult in this game," he explained. "Depending on how you play it, you can show up either hour one or hour six in the same race, and that's a big difference. If you go to that first Spike event in a Porsche GT3 RS, you will smoke him. That's just the way it is, the system itself is not capable of [balancing that race]. And it wouldn't be realistic to have whatever car [Spike has] being able to compete. I think the spectrum itself lends to most cases of how people play through the game."

Story is front and centre in the game, and it's a story that treats you like you're the star. The entire affair is filmed from your perspective as if you're actually there -- actors talk directly to the camera, and they treat you like a friend. It varies between weirdly endearing and strangely off-putting -- when you allow yourself to fall into the moment, the acting is generally good enough to overcome the alien feeling of inhabiting someone else's head. If you can't imagine it in action, check out the trailer for HARDCORE
-- not affiliated even a little bit with Need for Speed and far more action oriented, but the way the actors talk directly to the camera is the same.

The dialogue does stray into the realm of cringe-worthy, and I sighed every time they referred to me with a gendered pronoun. Why assume the player is a guy when even in your crew of five hardcore racers you feature two women? The idea behind the camera technique is to trick the viewer into believing the actors are talking directly to you -- I don't mind if they call me bro, but I can't imagine a lady feeling the same? With that said, in my five-ish hours of playtime, I could see a kernel of a larger plot beginning to form within the storyline, even if I didn't get to dive into it further. 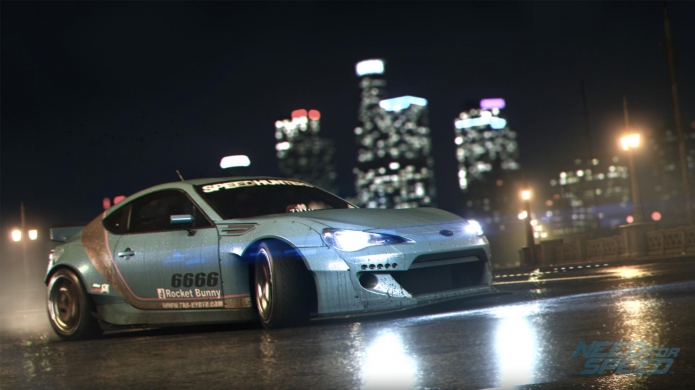 Nevertheless, at the end of the day Need for Speed isn't the game for me. I don't mean that flippantly, I'm not trying to tell you I can't get into it or that I didn't enjoy my time with it, it's just not for me. Marcus Nilsson basically told me it wasn't.

"Take the FMVs [full motion videos], right? They're obviously focused on the target audience, right? Fifteen- to 22-year olds. And they rate really highly within that field," he said to me as we sat in a quiet meeting room deep in Ghost Games' offices in Gothenburg, Sweden. "Is it something that I would sit back, at 42 years old, and watch a movie of? Probably not. But we're not making the game for the two-kid dad that goes to childcare and picks up kids and tries to balance work and private life. The bulk of the people will be those [15- to 22-year olds], and that's who we're making the game for."

It doesn't matter how young I am at heart -- they're not making this game for me.
Read more about Need for Speed on the game page - we've got the latest news, screenshots, videos, and more!
Tweet