The World Game is back, natch, so we go through all the big changes coming in EA’s FIFA 21.
FIFA 21 Preview - Inside the Big Gameplay Changes Coming
Dark Souls 3 Hands-On - F#@k the Haters
Post by Joaby @ 03:37pm 12/08/15 | Comments
Our resident Souls expert Joab Gilroy has taken Dark Souls 3 for a hands-on spin and walks away enthusiastic, embattered, guarded and entrenched. Read on for what he had to say...


Creating a preview for a game like Dark Souls 3 must be tough. The developer can't give away too much immediately, because Dark Souls is a series where your progression is directly related to your knowledge -- of the world, the systems, the enemies. So they're forced to create a vertical slice, something which represents the game while still being very different.

That's what the Dark Souls 3 demo was -- you could tell it was a Dark Souls 3 game, but there's a lot being held back. There's no inventory menu; no stats menu available. Weapons are automatically assigned to open slots on your direction keys, and there's never any option to change your armour. So if I'm a tad vague, keep in mind that there is just so much you can't know from this demo. 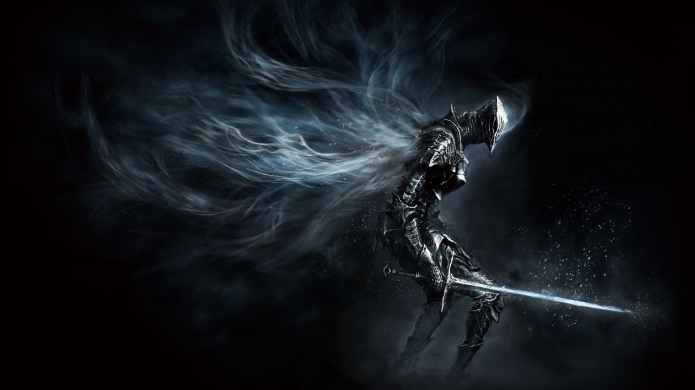 But there's heaps you can know, as well. The game opens with your hero standing at the top of a hill, having just exited some sort of church. Double doors close behind you, and you're immediately presented with a bonfire. Obviously, you light it. Architecturally, Bloodborne's influence is strong. The spires piercing Central Yharnam's skyline are present here, although the gameplay takes place at dusk -- not the permanent night of Bloodborne. This changes the colour palette, giving everything an orange hue, but you still feel the gothic influence anyway.

Miyazaki has mentioned that he has injected Bloodborne learnings into Dark Souls 3, and they're apparent to an extent. Attack combos do chain together with a fluidity you don't see in previous games, and you do seem faster than normal. But Dark Souls 3 draws on the Dark Souls 2's influences as well.

Weapons have alternate attack animations depending on your stance, which means you can dual wield scimitars the way you would Power Stance weapons in 2. Regular attacks on the righthand side, spinning based two-weapon combos on the left. Once again, we've no way of knowing whether these attacks are linked to stats, but there was no need to specifically hold down the switch weapons button to 'power stance' them, so it seems like a mere influence instead of an actual adoption of the concept. 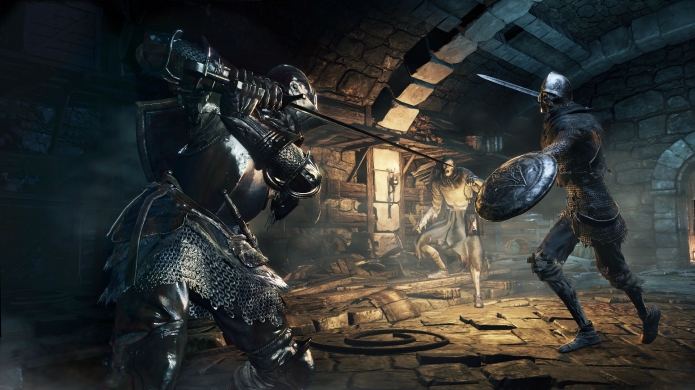 Other weapons also have modified attacks based on your use of the Left Trigger. Not all shields can parry in Dark Souls 3, so you need the right tool for the job -- but that doesn't mean your shield won't have a Left Trigger-based move. We got to play around with a shield slam type attack on the larger buckler we started the game equipped with (it had 100% physical attack blocking as well, so it was our main shield), and we were able to stun enemies if they were close enough when we triggered it. The Greatsword has what I believe to be a guard break attack on its Left Trigger (only when two-handed) which will no doubt prove handy in PvP.

The small shield seemed to have a huge parry window on it -- I felt like it might have even been too easy to parry enemies as they came at me, especially because you remain invulnerable while riposting. On the other hand, the backstab window felt quite narrow, and I felt a little cheated on a number of what I thought were clear backstab opportunities which turned into normal attacks instead.

The combat really is fast, and the demo wasn't afraid to try to overwhelm me. Crossbow enemies are happy to sit back and ping you while you try to deal with shielded enemies up front, and the AI was particularly annoying when I was trying to draw it into a more protected arena. There were two particularly tough mobs in the demo build, one the actual boss, and I was pleased to see that both had a wide array of combat animations available to them. Regular mobs tend to rely on strength in numbers a little, but the boss and a Smough-sized mob forced me into long, protracted fights each time I faced off with them. Fortunately I was able to run past the fatty on most trips to the boss fog. 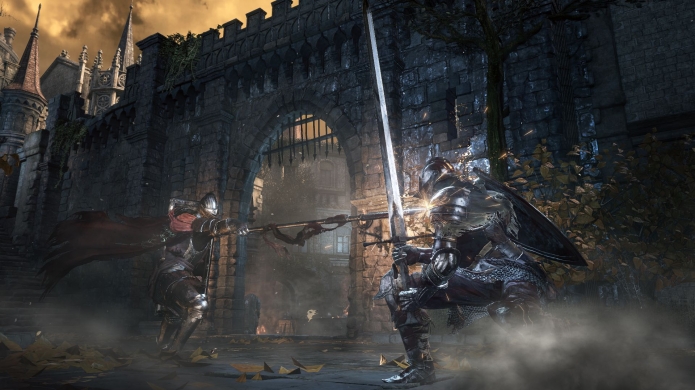 The boss itself is gorgeous. The Dancer of the Frigid Valley, the moment you open the doors to her lair you can tell what you're in for. She pours her way into the room during the boss cutscene, and the way she moves is perfect. She sways and swings like a snake, while a tonally perfect orchestral score rises in the background as the fight draws out.

At about 50% health her attack options double as she pulls a second sword out of the nether. I found her quite simple to deal with until she transformed, and it's good to see the team isn't afraid to challenge your ideas of how to play the game -- she was simple because, like most large bosses in Souls games, the trick to beating her is staying between her legs. When she transforms, she relies heavily on AOE attacks to force you to withdraw.

I failed to beat the Dancer in the allotted time. I only really had enough time to try to battle her three times, and the best I could manage was 15%. But that's the essence of Dark Souls, right? I want to return. I want to try again, I want to beat her. And I want to continue afterwards. 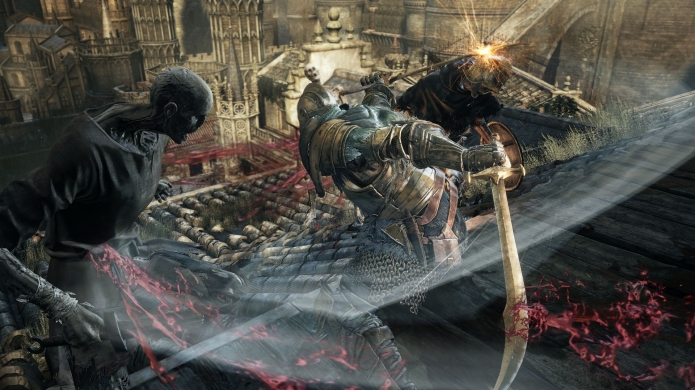 Before I wrap this up, let's talk about Dark Souls 2. Dark Souls 2 was a great game. It was a great Souls game. It was challenging and intelligent, it featured a number of marked improvements over the previous game (like the more fleshed out covenants system and the superior PvP), and it did a number of things I genuinely hope return in Dark Souls 3. Like dramatic changes to bosses in NG+ fights, which gives those of us who like their challenge to be more than just 'more health and damage resistance' a reason to actually revisit the game. Already Dark Souls 3 has accepted the reality that Left Thumbstick (or L3) is the best button combination for jump, something Dark Souls 2 introduced.

We should thank our lucky fucking stars that we get a game as good as Dark Souls 2 once in a decade. But people are talking shit about the game and claiming Dark Souls 3 is a 'return to form' for the series, as if Miyazaki is the only person at FROM capable of making a Souls game work. Well bad news, turd burgers. According to an interview with GameSpot, Dark Souls 2 Director Tanimura is already involved with the creation of Dark Souls 3 while Miyazaki juggles duties on both DS3 and Bloodborne DLC. Dark Souls 2 was tight as hell. It was the Aliens to Dark Souls' Alien. Fuck. The. Haters.
Read more about Dark Souls 3 on the game page - we've got the latest news, screenshots, videos, and more!
Tweet