We count down our 10 best games of 2020, a year for the sagas...
The Official AusGamers Top 10 Best Games of 2020!
World of Tanks Xbox One Launch Write-Up - Plus Realism vs Advantage: Console vs PC
Post by Steve Farrelly @ 07:19pm 05/08/15 | Comments
Joaby was recently invited out to a launch event for World of Tanks on Xbox One. Read on for what rolled on...


This is going to sound weird for anyone who has played a lot of World of Tanks, but World of Tanks on the Xbox One might be the most realistic version of the popular tank game I've played.

That doesn't mean it's the best, though. 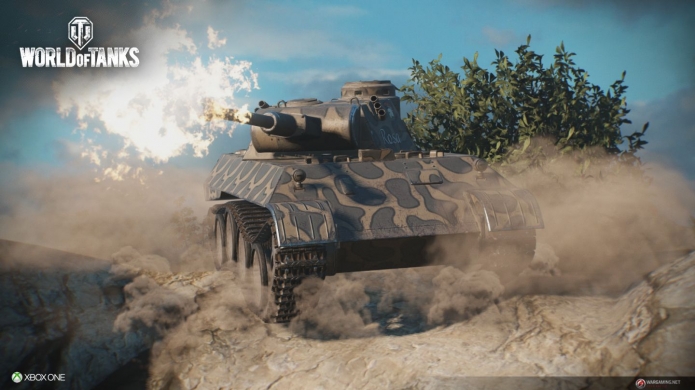 Wargaming takes tanks very seriously. The tanks in their hugely popular 'free-to-play' game are as realistic as the team at Wargaming can make them, focused heavily on all sorts of details a lot of people ignore. Armour penetration locations are accurate, crew numbers are on-point, guns do a 'realistic' amount of damage... there's a level of attention to detail at play in World of Tanks that you don't expect from an armoured vehicle based Counter-Strike clone.

I'm not saying it's a flawless recreation of tank commanding, but in general you can learn quite a bit about the tanks you're fighting by studying what they were like in real-life. I've always found this to be relatively true in the PC version of World of Tanks -- which I've spent maybe 100+ hours playing -- but there's always been one problem.

None of the tanks move the way they should. World of Tanks is interesting in a lot of ways, because it crowd-sources tactical engagement data using fairly realistic interactions between real tanks. But it would be hard to translate this data to real world scenarios for a few reasons -- obviously World of Tanks is stuck in an era where the tanks had significant technological limitations which no longer exist -- what works for Main Battle Tanks which were phased out over a decade ago might no longer apply today, with changes to both the weapons and the armour being as they are. 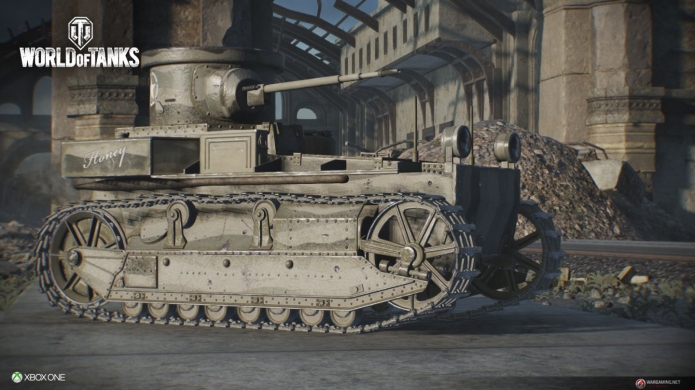 But the other reason it would be difficult to translate this information across is because tanks simply don't move the way they do in the game. They all move (fairly) accurately relative to one another, definitely. The light tanks have less armour and smaller frames and so they move a lot quicker. The heavy tanks take forever to go anywhere. Tank Destroyers turn extremely slowly -- that's basically their weakness.

Even within their own class, tanks move different relative to one another -- the Russian IS-7 has a high top speed (for a Heavy) but low acceleration. The American Heavy T32 has high acceleration -- it will actually beat the IS-7 in a race most of the time.

But regardless of the class of vehicle, one thing is true for all tanks in the game. They're all far more agile than their real world counterparts. Because while tanks are definitely faster (and quieter) than you expect, they're still not quick enough to do some of the manuevours WoT veterans will use almost every game.

The World of Tanks Xbox One launch was held on the Gold Coast last weekend, and I had the pleasure of actually riding on a real life tank -- one the Australian Army deployed to Vietnam at one point (minus the elements which made the gun work). The bloke who owns the tank (he actually owns four tanks, I only cared about the Centurion) talked to me at length about the way the machines handled, and they're not easy to drive. Each time you shift gears, you need to manage your revs nearly perfectly -- too high or too low and you'll never force the gear change. Holding down W to move forward just isn't something the complex gearboxes used to move all 52 tonnes of metal can replicate. 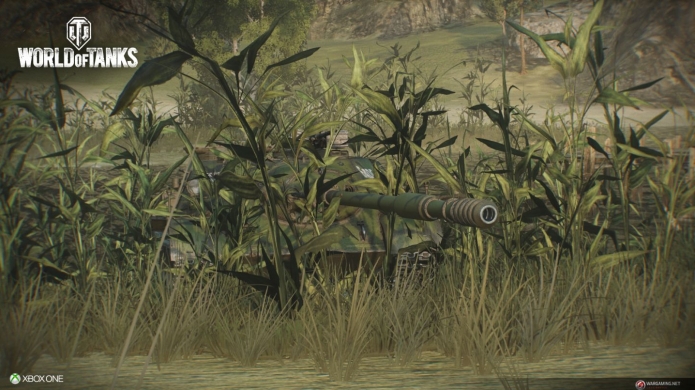 Obviously WoT avoids situations like these by removing you a step from the process. You're not the tank driver, or even the tank commander -- in World of Tanks, you're the freaking tank. And I can dig the concept philosophically -- there's a chance that nobody would want to have to remember the intricacies of controlling a down to the rev ranges required to change gears -- but that's not where my problem lies.

No, in World of Tanks on PC, a common tactic used by seasoned veterans of the game is rocking forward and backwards in and out of cover -- and that just isn't realistic at all. Not even from a mechanical point of view, although changing from forward to reverse in milliseconds did seem like a tough ask. From a perspective of pure physics, a tank simply can't move the way players make them move in the game, rocking backwards and forwards in and out of cover, usually on a 45 degree angle to increase the chances of a bounced round.

But in World of Tanks on Xbox One the rocking back and forth maneuver isn't possible. The controls are bound to the thumbsticks, and because of the way the sticks work moving backwards and forwards requires you to come to a complete stop and then accelerate forwards. It might seem like a miniscule thing, but in practice it's noticeable -- you just can't move the way you can on PC. 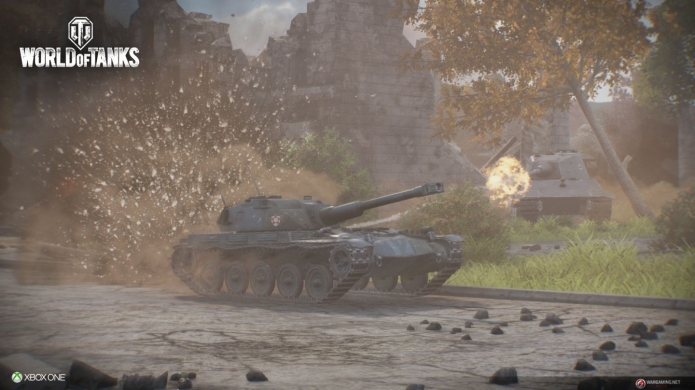 And that makes the game more realistic, in my opinion anyway. Whether the pursuit of realism is something you're interested in from a game where 30 fairly accurate representations of tanks battle it out is entirely on you. But it's still free-to-play on the Xbox One -- and that includes no purchase of Xbox Live Gold necessary -- it looks fantastic on the next-gen console and it's cross-platform compatible with the Xbox 360 version of the game. It's World of Tanks, basically. Either you're on-board already, or you never will be.

Read more about World of Tanks on the game page - we've got the latest news, screenshots, videos, and more!
Tweet