Where the BenQ EW3280U immediately impresses is with its colour accuracy and vibrance, making it perfect for firing up 4K content.
BenQ EW3280U 32" 4K HDR Display Review
Fallout 4: 5 Things We Want to See
Post by KostaAndreadis @ 03:09pm 03/06/15 | Comments
Fallout 4 may just be the biggest game announcement of recent times. So with that in mind, we take a look at five things we'd like to see in this new entry in the long-running post-apocalyptic RPG series.


In case you missed it, Bethesda essentially confirmed the existence of Fallout 4 today. With a website and countdown timer to boot. Counting down to what exactly? Most likely a CGI trailer of sorts - that being a trailer of the computer generated with no real gameplay to speak of variety. Essentially the sort of expensive throwaway stuff that developers and publishers still insist on spending a lot of money on. But hey, it’s Fallout 4 we’re talking about! And a new CGI trailer for a new Fallout game is something to definitely get excited about.

In fact, celebrations have already begun in many parts of the world.


But, once the Space Champagne stops flowing and the ghost of Anakin Skywalker dissipates and returns to the Galactic Force, we’re all left to wonder what exactly Fallout 4 will be. What will it play like? What will it look like? And what do we all want to see?

1. The Return of True Exploration 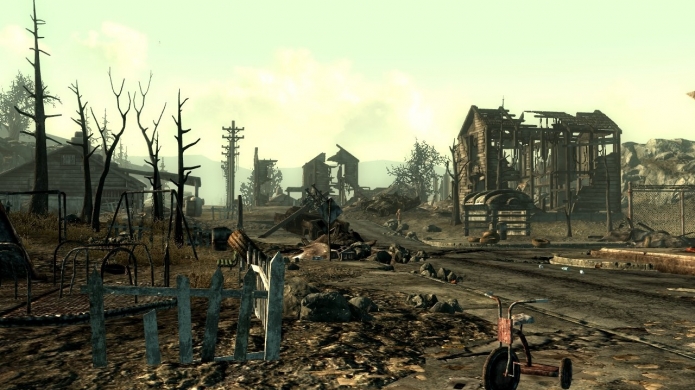 There’s this thing that games with open worlds tend to cling to. And that is, a set of different location types spread out evenly over a large area. Oh hey, it’s a cave, a bandit camp, a magical shrine. Oh hey look, it’s another one of those things. Bethesda is no stranger to this sort of design, with 2006's Oblivion probably being its worst example. Things improved in 2008's Fallout 3 and again in its most recent RPG effort, Skyrim. The feeling of exploration is quite possibly Bethesda’s greatest secret weapon. Just walking around and stumbling onto an abandoned caravan site to find the sad remnants of a once serene and calming vacation spot was the sort of thing that made the world of Fallout 3 feel alive. Even if that life was for the most part, the complete absence of. With almost a decade passing since its last Fallout game proper, the feeling of exploration, and stumbling into the familiar and strange should be better than ever in Fallout 4. It just has to. 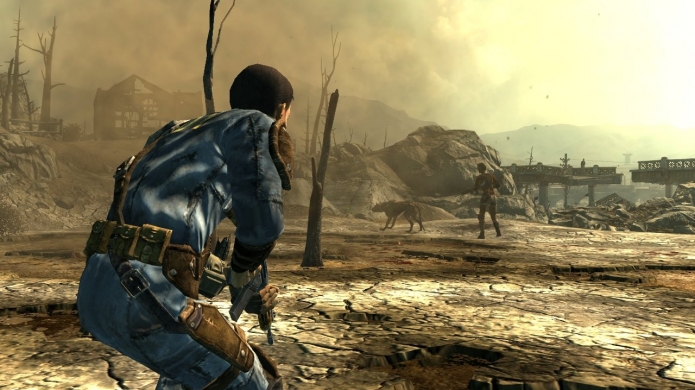 If there was one major criticism you could make of Fallout 3, it would no doubt be with its linear-to-a-fault narrative. Some people would even argue that the story itself wasn’t all that memorable, which is kind of crazy. For the most part Fallout 3 featured one of the better save-the-world plots of recent times, it’s just that outside of selecting the sex of your character there really weren’t many other meaningful choices. No true sense of background, upbringing, or even ways to shape the overall plot outside of a few binary choices. Now, of course we all remember Megaton –- ie the little nuke town that could. And there’s a reason why this ‘do you blow it up or not’ plot line still resonates today. It’s the sort of thing that should have carried over through to the main story, and further shaped your role in the world, and even changed the course of the game. Fallout New Vegas, from developer Obsidian, handled this sort of thing a lot better. But overall, all its little story threads didn’t really come together. So with Fallout 4 we’d like to see a true branching narrative, but with the sort of narrative focus that Bethesda can bring. Kind of like Skyrim, but better. (So, like The Witcher 3? - Steve.)

3. To Modify of Not to Modify 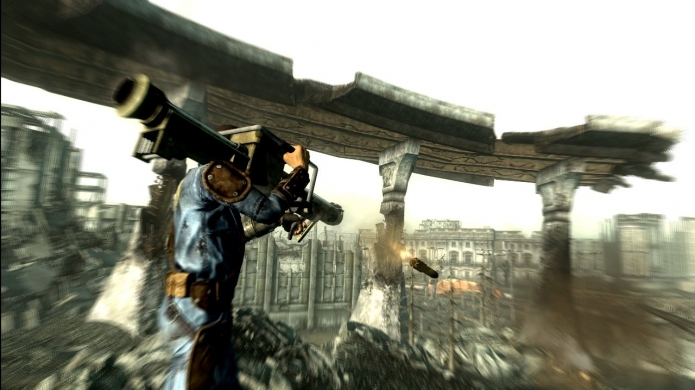 Speaking of Skyrim, there’s a reason why that game is still one of the most played PC games around. And that’s due to mod-support. Don’t get me wrong, the base game is fantastic, but it’s a lot better with mods. This is a simple fact, and one that was true of Fallout 3 too (albeit to a much lesser extent). Playing these games on PC is the preferred method not for the improvements to visuals, but for the implementation of mods that alter the game in careful and subtle ways. Difficulty balancing, improvements to the UI, additional content, and countless minor tweaks. These are all things we want to see in the games we love. And with mod support, and a loving and talented community, these things happen regularly. Plus, with mods you can pick and choose what you want to see. It’s hard to express the impact that mods have had on the longevity of Skyrim. So for Fallout 4 not to include mod support, well, that would be unthinkable. 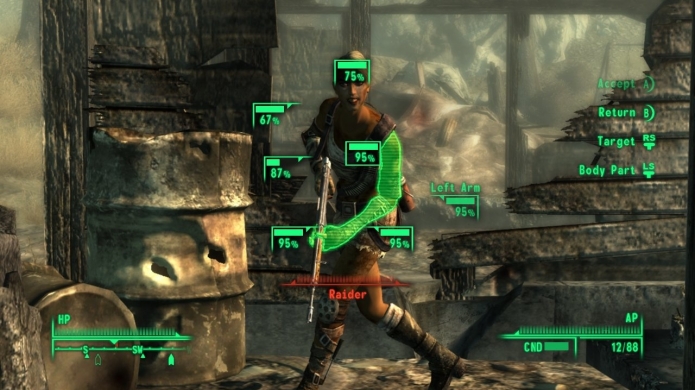 Fallout New Vegas had a mode where playing the game your character would get hungry and thirsty and if left wandering the desert without food or water they would die. This wasn’t in Bethesda’s Fallout 3, but it probably should have been. In a post-apocalyptic wasteland something like this makes sense. And more so than a rudimentary super-hard difficulty level that equates to an enemy requiring 55,000 bullets to kill instead of 1. Survival should be part of the Fallout experience, and doesn’t have to be tied to how hard playing the game should feel. See a drifter in dire need of help? Well, leave them be and the next time you come across them they might no longer be around. Or even, taking someone’s food supply or destroying it. What sort of consequence would that have? These are just a few ideas that Fallout 4 could play around with, and things that could expand the already great foundation already in place.

5. Towns, Cities, and Life Amongst the Rubble 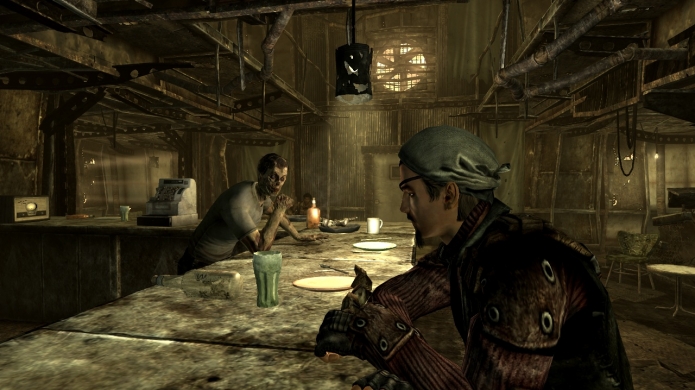 If you played Skyrim you’d remember the number of cities and small towns that game had. You may not remember the exact number, but you’d recall that it was somewhere in the vicinity of ‘a lot’ and ‘a metric shit tonne’. Now cast your mind back to Fallout 3. Yeah, that game didn’t have many at all. And sure, it was a wasteland, but even for a stark-radiation-filled-vision-of-a-post-nuclear-future-hell-scape it was a bit too barren. Fallout New Vegas tried to up the ante by including the actual remnants of Las Vegas to explore, but that felt more like A Series of Loading Screens City, so was avoided for the most part. So we know that big towns can be done properly in one of these Bethesda-style RPGs thanks to Skyrim, so the new Fallout should theoretically feature more pockets of humanity than ever before. A makeshift town inside the ruins of a shopping mall? A prison? The choices are just about limitless, and endlessly fascinating.

So there you have it. These are five things we'd like to see. Of course, there's a lot more we could mention. Like a weapon crafting system, the return of treasure hunting for rare soft drinks, and the ability to join and shape the future of various different factions.