A celebration of the long-running franchise and a great way to kick off Switch gaming in 2023.
Fire Emblem Engage Review - Strategy Gold
Interest Peaked: Hands-On with Far Cry 4
Post by Steve Farrelly @ 04:33pm 08/09/14 | Comments
AusGamers took Far Cry 4 for a hands-on spin last week. Read on for our full thoughts...


Mountainous jungles and huge coastal waters are one thing, the Himalayas is quite another. Far Cry 4 is set to take players to heights the series never has before by unleashing them at the foot of the highest, most treacherous mountain region in the world. But it’s not just the cold or sheer rocks you’ll be up against. 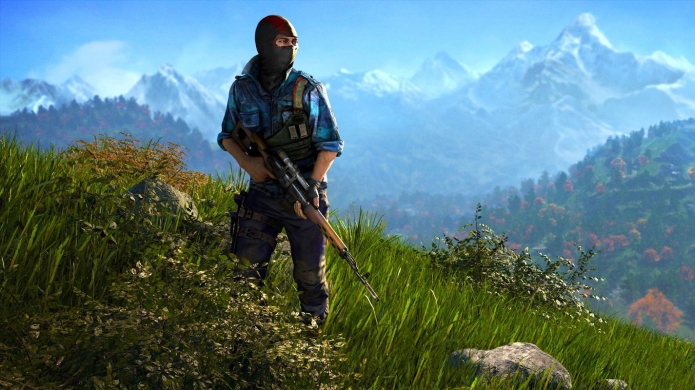 You play the game as a Nepalese expat who’s returned to his homeland with news of his mother’s death, to scatter her ashes. But when he arrives, the place is not as it should be and our native hero, Ajay Ghale, will meet the reason for this in Pagan Min -- the self-appointed king of Ghale’s homeland.

But that’s pretty much all we know. The team has been tight-lipped about any real narrative context, even after showing off the ethereal Shangri La portions of the experience -- one of which I played in a recent hands-on session with the game, that was both tantalising and confusing at once. The game takes on a satin red hue in these sections where even running water looks like rivers of crimson blood. You’re accompanied by a beautiful white tiger wearing ceremonial garb and are yourself armed only with a bow (at least in the event I played). Enemies fade in and out of existence(?) but you can set your tiger on them, or take them out with a precision arrow. These are obviously very similar to the drug-induced hallucinations of Far Cry 3, but appear to be more connected to the main character’s ancestry than any use of narcotics.

It was hard to get a grasp on what I was doing and for what reason, with zero context, but it’s easy to convey that the section I played was gorgeous and felt familiar for all the right reasons. While the game is obviously open-world, it’s safe to assume the Shangri La parts will be largely linear with a specific narrative purpose, and also likely tied to character progression as well.

There are myriad mainstays that litter the play experience, such as graphic healing animations of the main character, performing reconnaissance with your camera and tagging enemies. Killing them before they sound the alarm, vehicle hijacking, releasing caged beasts to wreak havoc on their captors and collecting gems and rare stones. The mini-map remains the same and, as it’s already been touted, players will gain the wingsuit ability, only much earlier on this time around. 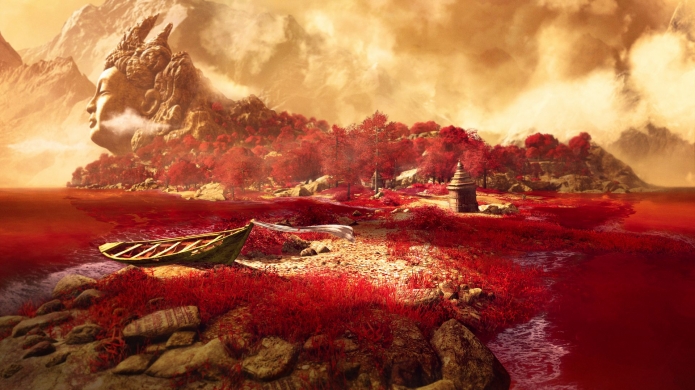 I actually had the chance to test it out at the end of clearing an enemy encampment. The clearance itself was par for the course if you’ve played the game before -- and unleashing a captive bear was a win-win scenario, but the event required that I wingsuit out of there being that I was actually nestled in an alcove high in the mountain ranges. What ensued was a gameplay experience that was as close to flying the Millenium Falcon through the Death Star’s sewerage system as you’re ever gonna get, outside of Rogue Squadron on GameCube. While the glide itself was less than a minute long, it spoke volumes about the potential traversal puzzle element of the game. The towers were decent climbing puzzles, but that content is best left to Altair and friends, what we want to see is more Far Cry-specific stuff where this type of thing is concerned, and as a mere taste, it was tantalising.

Other portions of the game I played included a visit to the E3 content most others played. Rather than go through all three options, though, I chose the elephants again and again. There was no merit or bonus in this beyond the fact they’re awesome to ride. The team has done a bang-up job making you feel like you’re riding one of the grey beasts, and there’s nothing more fun than charging the enemy with no intent to shoot him, letting your elephant instead pick him up by the trunk and throw him -- that’s also a sentence I’ve been longing to write in this job for a long, long time and only Far Cry 4 has let me do it.

Playing on PS4 the game looks stunning. The engine is the same as Far Cry 3, but it just looks great on nextcurrent-gen. The only real gripe I has was not being able to jump off the beaten path.

There was plenty to fix with Far Cry 3 -- the game’s overly structured approach to progression by way of unlocking towers. Being told when to stay on-mission and those missions often being handheld. Getting the wingsuit late and feeling all-powerful when it meant the least and, well, being a rich white kid out of place, but it’s looking up for Far Cry 4. As mentioned earlier, there’s a heady amount of familiarity coming into the game, but provided it’s broken up enough to make the game feel fresh and new, it’ll be celebrated. Currently it looks amazing and seems like it’s expanding upon all the other components that made the last game still compelling. Animals, verticality, tripped-out levels, and simply being in the place you are is almost enough, but if the team can really capitalise on a winning formula, Far Cry 4 might just be the open-world game we all want (outside of that other game this Holiday period). 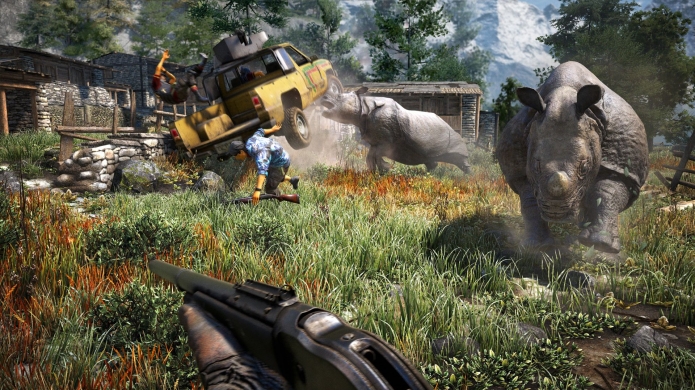 Provided we get a greater sense of freedom and, as I’m hoping, potentially some yeti love, I’ll be a happy camper. But the setting the team has chosen is rife with history both new and old which, really, should make this one a cold walk in the park, really.
Read more about Far Cry 4 on the game page - we've got the latest news, screenshots, videos, and more!
Tweet