NBA 2K21 is the best basketball game around... but it's also the only one.
NBA 2K21 Review
Shadow Realms Hands-On Preview – Master of Puppets is Trolling Your Strings
Post by nachosjustice @ 04:54pm 26/08/14 | Comments
AusGamers went hands-on with BioWare's foray into asymmetrical multiplayer with Shadow Realms. Read on for our full thoughts...


Four-versus-one asymmetrical multiplayer is, seemingly, the new sub-genre on the block, with Evolve leading the charge in the shooter space, and Fable Legends rearing its Molyneux-less head to balance the action with a healthy dose of RPG elements. As of Gamescom 2014, BioWare unveiled its new secretive title, Shadow Realms, which turned out to be a 4v1 action-RPG that, at first glance, looked eerily similar in terms of concept to Fable Legends. After sitting through a short behind-closed-doors presentation at the event and playing a round as the coveted Shadowlord (the ‘1’ in the 4v1 offering) role under the tutelage of Studio Creative Director James Ohlen, it’s clear this pre-alpha product has a lot to offer.

You should absolutely read my interview with General Manager Jeff Hickman for a better understanding of the bigger picture for Shadow Realms, but it was odd for this first-look BCD presentation to not emphasise story and characters. After all, those are the elements that make gamers sit up and listen when BioWare is attached to any particular property: for instance, Knights of the Old Republic, Mass Effect and Dragon Age. 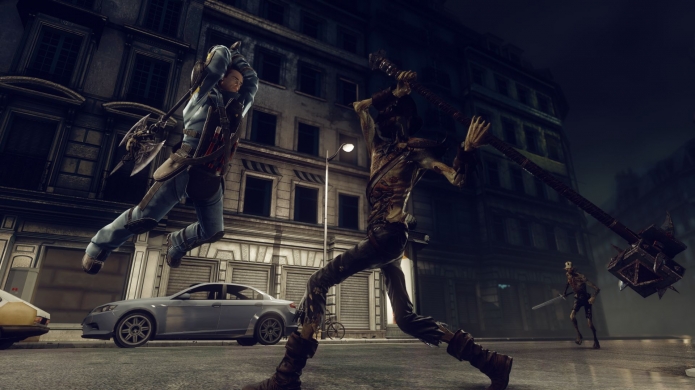 While both Jeff and James promised an emphasis on characters and episodic storytelling in the final product – with no reason to doubt their pledge given BioWare’s aforementioned pedigree – the focus of the Shadow Realms reveal was pure gameplay. Players will be able to create and customise their own characters, choosing from one of six classes, with each class offering numerous abilities and kit options. It’s an online game, so don’t hold your breath for traditional single-player storytelling, but you can expect a Triple-A co-op action-RPG experience where you can play, among other things, as a “machine-gun-toting wizard”, apparently.

A single Shadowlord plays as the bad guy overlord, while four opponent players take on the role of various human classes. I was lucky enough to snag the role of Shadowlord, which meant I was in command of the real-time digitised equivalent of a pen-and-paper RPG game master. While the four opposing players were busy selecting the specifics of their chosen characters, I was planning their first encounter. In the final product, Shadowlord players can expect to control the monster composition and influence the funnelling of the co-op opponents by opening and closing particular entrances in a pre-match configuration. For me, though, it was straight into the action.

James explained that the human team has the advantage at the beginning, with greater numbers and a clear advantage over the early level minions. As the Shadowlord, the human players can’t see or attack you directly, so you can put your RTS skills to use planning their demise moment to moment. Initially, this took the form of possessing grunts and attacking the players directly. According to James, the enemy players can see a crown above the head of a possessed crony which, in my experience, meant they sought to take me down rather quickly. Because of this, possession proved to be an ineffective technique, so I quickly evolved my attack technique to focus on setting up defences.

Out of the gate, I had access to a choice of bomb and spike trap, both of which operate on respective cooldown timers, which were fantastic when used in a combo. Trap a hapless enemy in the spikes and drop a bomb right on top of them for decent damage. Alternatively, when I downed an enemy player, I’d drop a bomb on them when a teammate sprinted over to revive them. By far the most effective use of the spike trap was near bottlenecks, such as dungeon doorways, which gave the human players no choice but to step on the trap. 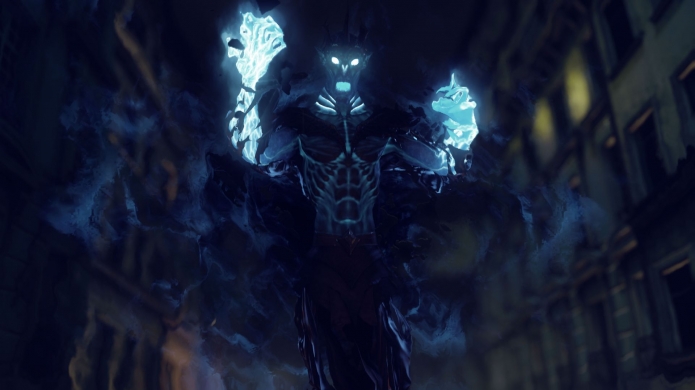 On top of this, certain rooms had pre-cooked dormant traps (gas, lava, blades) waiting to be activated with a press of ‘F’. Given the human players were regularly rolling away from groups of enemies, traps proved to be a fast solution for levelling up the Shadowlord. My first ability unlock was doppelganger, which was as effective as it was entertaining. James advised me to activate it away from the human players, as it takes a few seconds to cast the spell, and then to only attack when one of the humans separated from the pack.

As hilarity would have it, the first player to straggle was the same skin that I had mimicked in my doppelganger spell, meaning I got to chant, “Stop hitting yourself!” a lot while dishing out decent damage on him. The human eventually clued on that I wasn’t his shadow and beat the crap out of me. Once a possessed host dies, you immediately return to invisible Shadowlord mode and, as far as I could tell, there were no punishments for jumping in and out of meatbags as regularly as you like.

In the next room, the human players were camped out around a checkpoint in a space that was very reminiscent of a Left 4 Dead safe room. “We looked at a bunch of different respawn mechanisms,” explained James, “and we decided to be inspired by that [L4D] game, because it’s the one that did it the best.” I was still able to play spectre, but I wasn’t able to put my poltergeist-y ways into effect until they had left the room. I was also barred from running ahead, assumedly to stop me from immediately setting spike traps in the entrance to their next combat space. In case you’re wondering, there’s a minimum distance where spike traps can be placed away from humans to avoid trolling Shadowlords that want to drop snares directly on top of their foes.

While possession of grunts felt like a waste of time, better possessable goons were soon on offer in the form of wizards. These guys teleport with right-mouse button, dish out okay damage and take more hits than the typical blade fodder. Then a Banewolf appeared. This aptly named beasty very much lives up to its namesake, in that it looks, attacks and soaks up damage like a werewolf on a potent cocktail of Bane venom. Possessing it was a bit tricky in the middle of a hectic melee, with several erroneous possessions before I took charge of the big brute, but this bad boy is crucial for dealing critical damage to the human party. 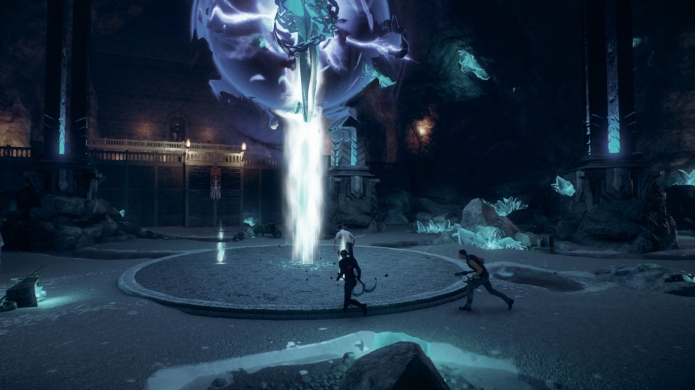 Pressing ‘2’ activates ground pound, while ‘1’ unleashes a high-damage charge whose only giveaway is a flick of the tail before the beast decimates everyone in its path. My first Banewolf didn’t finish the job, but dealt enough damage to unlock my ability to summon one. I held off on spawning it straight away, favouring another attempt at using my doppelganger ability to see if I could deal some critical subterfuge damage before sending in the big, bad wolf.

This tactic worked a charm, as I once again isolated my mirror-image opponent and, this time, took him down before he knew what was happening. When the others doubled back to revive their fallen friend, I unleashed the Banewolf with devastating results, bringing the tactics full circle by finishing off the heavily wounded remaining players with a spike-trap-plus-bomb combo. As far as I could tell, playing on team human was similar to your average four-player co-op action-RPG experience, but playing as Shadowlord was a hell of a lot of fun.

In many respects, the best analogy is once again to use Left 4 Dead, as Shadowlord feels as though you’re playing as the dastardly AI-controlled director from the zombie shooter, studying your opponents’ tactics and responding in kind, with the ability to possess minions whenever you feel the urge. While the addition of customisation, unlockable items and BioWare-grade episodic storytelling will doubtlessly add a whole lot more to the package, for now, Shadowlord is the guy to pick when playing Shadow Realms, and will surely prove to be the fan favourite during the soon-to-be-released closed alpha.

Read more about Shadow Realms on the game page - we've got the latest news, screenshots, videos, and more!
Tweet