A celebration of the long-running franchise and a great way to kick off Switch gaming in 2023.
Fire Emblem Engage Review - Strategy Gold
Improvise, Adapt, Overcome - Server Survival and Keeping Online Videogame Classics Alive
Post by Joaby @ 10:23am 22/05/14 | Comments
In the wake of the recent GameSpy news that a number of EA online games would be losing their persistent platform, our own Joab Gilroy did some investigating to see what we can do to maintain the longevity of the ever-growing lists of online multiplayer games. Read on for his report...


There's a hoarding mentality at play with media. One that sees people collect old shows, movies and games the way others collect books and art. Torrents of sitcoms no longer on the air are just a Google Search away and ROM libraries, 1000s of games strong, allow players to revisit the titles they loved while growing up, even if the systems they played on no longer work.

The persistent concern amongst gamers as more and more videogames move into the online space, however, is a valid one -- what happens when the services that keep these games alive goes down? This fear was brought to the surface last week, when EA revealed -- as a result of the Gamespy Technologies shutdown -- some 50 games' online portions would shut down.

The thing gamers had always feared would happen had occurred -- portions of history would be rendered permanently obsolete, and there was nothing we could do about it.

This isn't necessarily the case. Instead of feeding into the rending of clothes and gnashing of teeth we've looked into how gamers themselves are working to preserve games history legacies.

@Tofugames We're working on transitioning those games after the shut down so you'll still be able to play them.

"Since GameSpy’s announcement, our teams have been working to evaluate options to keep services up and running. Unfortunately, due to technical challenges and concerns about the player experience, we do not have a solution at this time. Online services for EA games on the GameSpy platform will be closed down at the end of June.

We know some of these games are still fan favorites, including Battlefield 2, Battlefield 1942, Medal of Honor: Allied Assault and Command & Conquer games. We are still investigating community-supported options to preserve online functionality for these titles, such as multiplayer. Significant technical hurdles remain, and at this time we don’t have anything to announce."

Elsewhere, companies are using Steam to solve their woes -- but the solutions aren't always comprehensive. At Bohemia Interactive Arma 2: Operation Arrowhead and Arma 3 will get Steam server integration -- Take On Helicopters, Arma 2 and other BIS games will have a "more limited multiplayer experience" as a result of the shutdown.

Thanks to Origin, EA's Digital Distribution service, the BIS solution probably isn't appealing to EA, and so different options need to be explored.

Project Reality, a Battlefield 2 mod with a focus on realism, thinks it already has a potential answer.

10 months ago Project Reality: BF2 v1.0 went live, the culmination of eight years of development on a mod designed to put the reality into Battlefield 2. An amalgam of the Arma philosophy and Battlefield's framework, Project Reality forced players to work together to complete objectives.

This attitude is hard at work within the team itself. Just a day after the announcement on EA's website Reality Dev Ancient Man told the community:

"We've already developed our own master server, and it's running quite nicely, replacing the services that GameSpy hosted. FH2 [Forgotten Hope 2] contacted us and they will be using our servers as well, so they're fine too. After a bit of testing has occurred, this will be going out with v1.2, which will obviously be released before this shutdown occurs."

The tricky part comes from Battlefield's persistent leveling system, which necessitates a user account and login system, but PR and Forgotten Hope 2 appear to have circumvented this requirement handily. 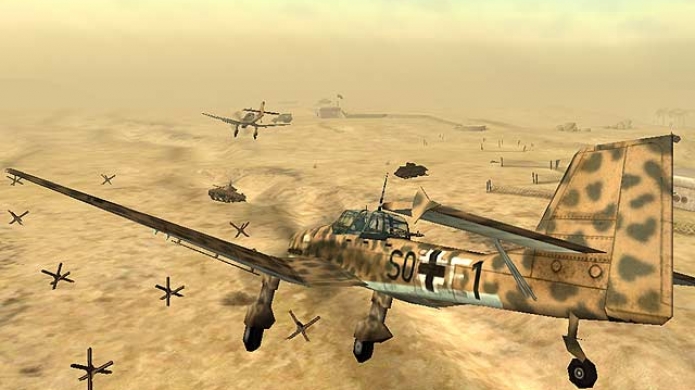 Games without the login requirement are easier to save. GameRanger -- a Matchmaking/Online Gaming Service based out of Perth here in Australia -- added Battlefield 1942, the expansion packs and support for Desert Combat back in December of 2012. Scott Kevill, the creator of GameRanger, explained that by using a combination of Direct IP connections and his service's own matchmaking system he is able to keep some of the more popular games going despite the impending shutdown. Command & Conquer Generals and Battle For Middle-earth are already popular on the service.

"There are actually far more people playing [Generals] on GameRanger than there are in the built-in system,” Kevill told AusGamers. “As well as being clunky it has problems with certain routers. I went in there the other day to have a look, and there's hardly anybody in there while there are hundreds of games being played all the time in GameRanger."

While discussing the use of GameRanger as a potential solution for the GameSpy shutdown woes, Scott explained that there's a system of prioritisation that goes into working out when a game hits the service,

"I'm obviously prioritising all the ones getting talked about in the news a lot,” he reveals. “Star Wars Battlefront 2 was one a lot of people were very upset about, although it's already up on GameRanger.

“Halo was a big one. Everyone felt really strongly about that one. People were obsessed with it on the PC... while I was working on getting it up [on GameRanger] I had the menu music playing on loop, and that's fantastic music. Obviously I'm looking at the Battlefield series, Crysis and some of the earlier Medal of Honor games."

Neverwinter Nights and its sequel also made the shutdown list, and while NWN is already on the service, NWN 2 poses challenges,

"I was going to add it when I added NWN 1, but when I looked at that system I thought “Wow, I don't even understand what's going on here” and I'm not sure how well it would work because of the DM system,” Scott explains. “That might be tricky. I've had a look at it, but at the time I just put it in the too hard basket. From what I understand, communities have already sorted out their own system."

As Scott mentioned, communities already exist. Groups like Realms of Trinity use Direct Connect options to go further than simply providing players with options to play -- they build on the game, offering pre-built campaigns and enhancements to the experience even as they provide players with a way to keep the game alive.

Still, even if most of the games on the list will probably live on (at least the PC-based ones) the fear remains ever-present. Games die for reasons beyond the control of even the most hardcore fans. While dedicated fans keep a form of Star Wars Galaxies alive, there are dozens of other MMOs which are gone for good. 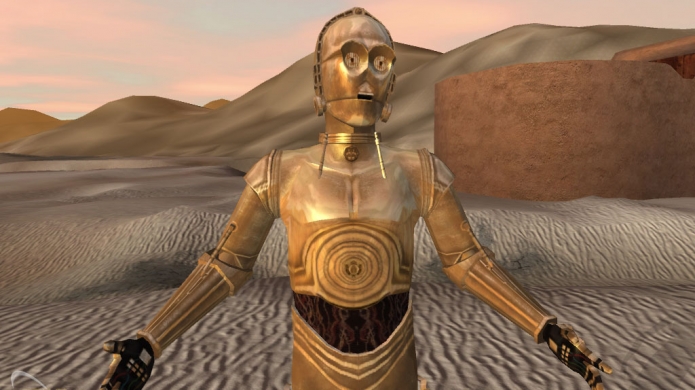 There's a sort of poetry in the way games expire though. Anyone can find out for themselves what a turd E.T. on the Atari 2600 was thanks to ROMs and Emulators, and so there are large portions of videogame history everyone can experience. Not that many people can say they were there to play Fury on launch, and even fewer were around to watch it die six months later. Some parts of videogame history will only be experienced through YouTube videos and second-hand accounts.

On the other hand, not everyone got an opportunity to experience Tabula Rasa the way some did. There are some who were so affected by the game, that they maintain a petition for its return to this day. Attempts at private servers for Tabula Rasa have been met with Cease and Desist notices, making the resurrection of NCSoft and Richard Garriott's final collaboration extremely unlikely -- meaning those who missed it the first time will have missed it for good.

The games going down with GameSpy Technologies probably won't go down forever, and if the situation has proven anything it's that gamers are dedicated to keeping their favourites alive, and are resourceful in face of a game’s impending doom. But what will happen to games that don't provide LAN or Direct IP options to players? Will future generations be forced to skip half-a-generation of shooters -- the games like Call of Duty: Modern Warfare 2 that forced IWNet onto PC gamers despite their wishes?

Scott sums it up best, really.

"Old games don't make money. They do make goodwill though."

Nerf Stormborn
Posted 11:22pm 26/5/14
Commenting has been locked for this item.
6 Comments
Show