A celebration of the long-running franchise and a great way to kick off Switch gaming in 2023.
Fire Emblem Engage Review - Strategy Gold
Day 4 of our 15 Classic Games and Franchises Fit for Modern or Next-Gen Revival
Post by Steve Farrelly @ 06:12pm 13/12/12 | Comments
We're finally on the home-stretch with our Resident Revival feature. What made this list on day four? Read on to find out...


We're on the home-stretch cats. Today we rack up another three games fit for modern or future revival, and while today's list is slightly Nintendo-leaning, bear in mind The Big-N basically ran the games industry for a while, so it's not our fault these games were on Ninty platforms back in the day.

Either way, Nintendo or not, each of these games, in our opinion, stand the test of time as important reminders of where we came from and some of the risks designers have taken over the years to help shape the industry into what it is today. And we're confident all three deserve to be here.

As a reminder, anyone who hasn't been following these daily drops, you can catch each one from the links below:And now, without further ado, please find Day Four's manifest below:

Here’s a game where you begin with no weapon, some raggedy clothes, no money, and no idea why your hometown has been abandoned and left to ruin. Control is given over to you, the player, pretty much right away, who then has to figure out not only where to go and what to do, but also figure out exactly what sort of game this is. The fact is, Faxanadu is a very rare type of game -- especially for the famously underpowered NES.
Save Me Jeebus!
For a game with many RPG elements, you would expect that a save system would have been implemented, but this was not the case. Faxanadu strangely featured a password system with way too many characters, numerals, and symbols, that more often than not led to many players not being able to correctly load their game - as some letters and numbers were even confusing to read correctly, like lower case l’s and capital I’s. It got so bad that players had to keep a novel's worth of passwords that worked, just to be safe. But the method of obtaining these behemoth sized passwords was infinitely cool, you simply went to a Church, knelt before a Priest, and prayed - with God’s answer being "12k43$% sFgj34lp ..."

Initially it looked and played like a platformer, but it wasn’t linear and exploration was handled in much the same way it was handled in the latter 2D Metroid titles. The opening area was a town filled with various NPCs (non-playable characters) that wouldn’t be uncommon in early RPGs like blacksmiths, general store owners, village citizens, and even Priests and Kings. The action was in real-time but enemies dropped loot, food, and even gave experience points. In a lot of ways, Faxanadu was one of the very first action-RPGs for a home console, and because of that it holds a special place amongst gamers who played it back in the days of 8-Bit gaming.

Faxanadu was a fantasy game through and through with a story that was as equally mysterious as it was expansive in scope, with players taking the role of the unnamed hero head-on, to not only save his hometown but of course restore balance to the world and its centrepiece -- a massive World Tree. The seamless blend of vertical and horizontal platforming, developing your character, buying new weapons and spells, and action made Faxanadu a classic game that will never be forgotten.

Reason for Revival: Side-scrolling adventure games that were perfected with entries like Super Metroid, Castevania: Symphony of the Night, and seen in more recent titles like Shadow Complex, can be said to have level structure comparable to Faxanadu. The key difference, however, comes in these titles’ implementation of character progression, where the key for these titles was gradual skill progression as opposed to the overall character progression seen in Faxnadu that is more comparable to an action-RPG than a Metroid or Castlevania-style adventure.

In Faxanadu you could actually spend hours in early parts of the game to save up enough money to buy the best weapons and spells possible, you could choose what weapons or spells to use based on how you preferred to play the game, and often these skills weren’t always a requirement. By translating this into the modern era the results could be fantastic, a side-scrolling action RPG with exploration and depth, and one that could even give isometric games of similar ilk, a run for their money. 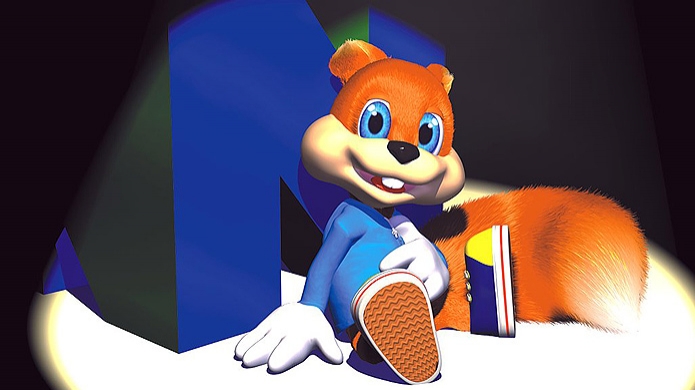 Family-Friendly
Conker was actually originally announced as "Conker's Quest" and then "Twelve Tales: Conker 64" before it became his bad fur day. Moreover, he was originally going to be a family-friendly squirrel for the kids. What sparked his change was fear of it being branded just another kids title. Thankfully they had the foresight needed and we ended up with one of the N64's best releases.
This is the third Rare game to make this list and, honestly, we actually had more than the two in the final list as potential revival candidates, but we feel there’s just more room for Conker in today’s market than any other Rare properties (though we’d still have loved to see the original, non-Star Foxified Dinosaur Planet).

We know he made his way over to Xbox after Microsoft snapped up Rare from Nintendo, but that was basically just a port of the brilliant N64 outing (arguably that console’s swansong) and ever since, he’s been pretty quiet. This is actually pretty alarming, because Conker was sort of an unofficial mascot of mature transition for the console side of gaming on the whole. Conker’s Bad Fur Day was an adventure-platformer with over-the-top toilet humour that never failed to please, and packed in a stack of that dry Rare wit we’d come to expect over their years as game developers, except now that wit was off its chain and free to express in puerile, fart-jokey ways. But dick jokes aside, it was also a bloody good game that took no prisoners in who or what it satirised. The fourth wall was also constantly broken, and I don’t think there’s been a game with as enjoyable idle animations as here.

Where Mario platformers tended to take gamers on trips through themed worlds (snow, lava, grassland, forest etc), Conker took players through classic movie moments such as Saving Private Ryan’s opening or The Matrix’s famous lobby shootout, and the game’s gameplay systems reflected these sections in ways few games were capable of at the time. In fact it’s fair to say, that Rare has not been so important a developer since, and their relegation to XBLA Avatar creation and Kinect outings is a serious affront to the legacy they left behind all those years ago.

Reason for Revival: Conker was a lovable badass. Plain and simple. He’s as relevant today as he was yesterday and easily transcends thanks to his comedy-leanings. With a new Microsoft console on its way and hardcore gamers everywhere detesting where Rare has gone as a developer, it’d be the perfect time for Microsoft to give the British developer the Conker nod. Gameplay would simply need to be dynamic and relevant to the comedic world tones of its satire, as long as it was timeless and universal. 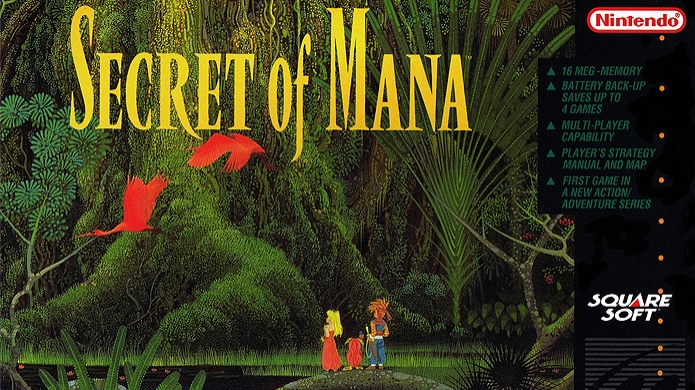 While Nintendophiles have fond memories of The Legend of Zelda: A Link to the Past (and rightly so), there’s another camp of gamers who prefer the then Squaresoft-developed Secret of Mana as their action-RPG game of 16-bit choice.

Secret of Mana was originally planned as a launch title for the CD add-on for SNES that was being developed by Sony before the relationship went sour and Nintendo pulled the pin (which incidentally opened the door for Sony to develop the PlayStation). This mean the game had to be shrunk back down in size to be able to fit on the limited cartridge size of the SNES.
The game was actually a massive departure for Square who primarily worked in the JRPG turn-based combat space, rather than real-time, but it was their experience in that that saw them equally employ a “Ring Command” system where the action would pause to allow the player to perform other actions without having to wander through convoluted, number-heavy menus. Moreover, it featured a rather mature and complex plot that actually made more sense than a lot of later Final Fantasy games, and its character and party-system was easily one of the best in the space for its time.

It also featured decent visuals and a massively diverse colour pallette. It’s not an easy thing to express in this day and age, but for its time, the game was tantalising in its art and exploration-potential thanks to the massive game-world at hand which, coupled with its deep story, was more than engrossing.

Reason for Revival: JRPGs have an archaic place in the videogame world these days, and Japanese game development in general needs a new benchmark, locally-developed, to follow. Secret of Mana could very easily be that beacon for their flailing industry.

There’s also a clear shift in game design there, but it reflects too heavily on Western development. What used to stand-out was how the Japanese industry would innovate on age-old Western ideas, the option to have an open-world fantasy-driven adventure built from a classic and successful Eastern IP would make more sense than not. Moreover, the lite success in Japan of the likes of Dragon’s Dogma, coupled with the massive success of Monster Hunter, means a fantasy-based third-person adventure would work. As long as it never rested on the original’s laurels but expanded upon them for a modern age in innovative and unique ways, this could be a global winner.

Tomorrow is the final day of our week-long feature where we'll finally top out our promised 15 classic games or franchises we feel are fit for revival territory. In celebration of making it through the week, we'll also give you a glimpse at a few games that were in the list but didn't make the final cut, a few honourable mentions, examples of revivals from recent times that didn't actually succeed and more.

Make sure you check back tomorrow for Day Five of our Resident Revival feature.