A celebration of the long-running franchise and a great way to kick off Switch gaming in 2023.
Fire Emblem Engage Review - Strategy Gold
Spec Ops: The Line Multiplayer Hands-On Preview
Post by Steve Farrelly @ 10:43pm 18/04/12 | Comments
AusGamers was recently invited out to San Francisco to get hands-on with the multiplayer portion of Spec Ops: The Line. Read on for our full thoughts...


Multiplayer is most definitely big business in the action genre, with even games such as Uncharted or Mass Effect jumping on board - two franchises you would most definitely expect to steer clear of anything multiplayer related. So it was no big surprise when Yager and 2K Games announced that their forthcoming third-person cover shooter, Spec Ops: The Line, would ship with multiplayer. How it would fare, however, in a sea of games vying for the same slice of your money pie, many with some serious pedigree behind them, would remain to be seen.

Last week 2K invited AusGamers out to San Francisco to actually get hands-on with a few of the game’s multiplayer modes on offer, along with a couple of maps, and we walked away thoroughly excited for one of the unique modes on offer, and optimistic the team would pull the rest of the product together for the game’s June release window. There's still a bit of work to do in the polishing department, but there's a lot of potential here thanks largely to the game's unique setting and we're hoping they fully capitalise on this with the full multiplayer offering of which we only tasted a small portion. 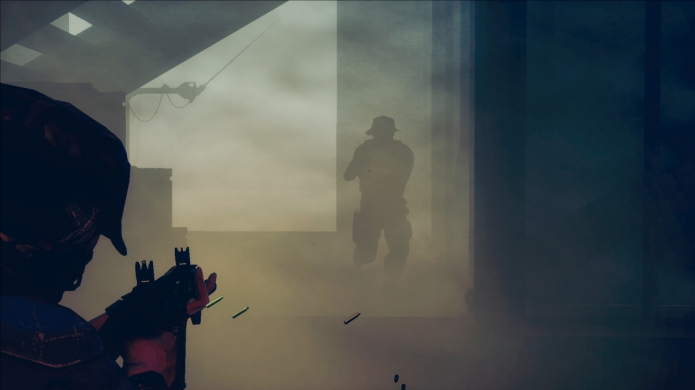 To get into the swing of things we immediately jumped into classic Team Deathmatch with a four on four skirmish (I was playing against other 2K peeps), to get to grips with how the controls felt (we played on Xbox 360) and learn the basic gameplay formula on offer. A lot of what’s here is familiar territory - you earn XP with each match you play to level up and unlock new weapons, abilities and perks. The game comes with a level cap of 45 and also comes with its own version of Prestige, to expand on the replayability factor. You carry across all your challenges and the like when you do this, and certain components of the multiplayer can only be accessed after having done this once or twice, depending on the bonus you’re chasing.

Equally like Call of Duty, you can customise and save load-outs, each of which comes with three different perks though the third is only unlocked upon reach that coveted level 45 point, meaning you’re not going to be fully kitted out from outset and will need to work at unlocking everything in the game.

Unlike Call of Duty, however, you can choose from a number of different archetypes, such as a medic, who can not only heal you faster (every character can heal another), but will also reward you with temporary buffs (so staying next to the medic for a period will boost your health, for example), and there are also different factions to choose from, with each faction also coming with unique buffs and abilities to take into battle - mixing up the team factor of the game massively.

The first map we played was called Consumed and was a relatively small arena, though it was riddled with bridges, holes and a decent amount of verticality. You can go into cover at any point, vault over cover points and even slide into cover to help you escape someone’s line-of-site more quickly (provided you’re aware of this, of course). All the maps we played were also full of ziplines, though you use these at your own peril as once you’re on, the only way off is to get to the end of it, or be killed on it. You can’t defend yourself either, so it needs to be a well thought out strategy to jump on one of these. 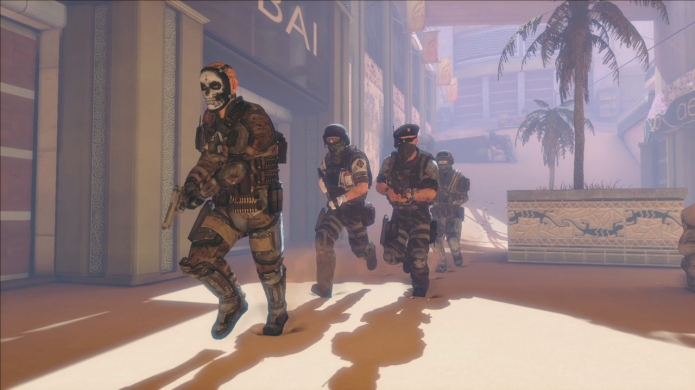 The other major differentiator here though, is the game’s use of sand. The single-player narrative takes place in a sandstorm-ravaged Dubai, and this carries over to the multiplayer by way of backed up sand deposits in buildings. You can spot these because the walls are bleeding sand, and all they require is a few well-timed shots for a massive barrage of sand spews forth, decimating anything in its path. Obviously the point here is to utilise these sand traps strategically against your opponents, and they should definitely make for some very interesting sessions amongst players once multiplayer is populated post-release. At first I paid no real mind to them, but at the end of my session with the team, I was using them left, right and centre, and they can very, very easily turn the tide of battle.

After we dabbled in Team Deathmatch we moved on to a game mode called Rally Point that is essentially King of the Hill, only the hill moves. This keeps the game moving and teams guess, and each of the rally points are also usually pretty out in the open, leaving anyone occupying them more susceptible to attack. The narrow walkways and multi-tiered level design also went a long way to making this mode a decent spin on a classic.

We knocked out a few matches of Rally Point as well before moving on to Buried, which very quickly became my favourite. Basically here you have three targets for each team (six in total), and it’s your team’s goal to go and take out each of these targets (in no particular order) which will then reveal a fourth and final target which if destroyed, wins you the match. The rub, however, is the first three targets take a massive beating before they’re destroyed and the opposing team can come in and repair them at any point.

The basic idea made for some really intense and lengthy matches, and equally forced us to really work as a team. We kept at least two members close to our own targets so that if any were damaged they could be quickly fixed and obviously as a line of defence. But the other major element to this game, at least in the matches I played, was that the levels were littered with RPGs. Initially everyone was using them to strictly take out the targets, but yours truly one-upped this concept and took to the field of battle with them as my main weapon against the enemy. Suffice to say, a lot of people were RPG’d in the face that day. My celebration point came when I managed to line up a rocket perfectly on someone using a zipline - he was so impressed he proclaimed “I’m not even mad”. 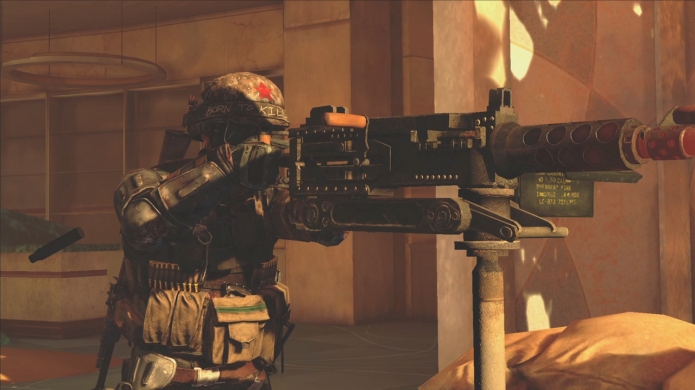 On the whole, the experience was definitely fun, and there’s a lot of thought that’s gone into the multiplayer, but I did come across a few bugs and glitches here and there, as well as strange ideas such as vault and melee being the same button. So when someone was kneeling next to a window awaiting execution (this is a similar system to Gear of War), the would-be executioner missed entirely and leapt out the window allowing time for a medic heal the wounded enemy and deny someone a kill.

But the disclaimer to a lot of this is that this is all still a work-in-progress and the team are balancing everything to the nines and working tirelessly to have the product polished and ready for when the game ships. There’s a lot of work for them to do, but if we can come across more unique modes like Buried and have levels that truly capitalise on the game’s locational setting, and sand as a gameplay component, there could be a bit of a sleeper multiplayer hit attached to an already decent-looking action title.

Read more about Spec Ops: The Line on the game page - we've got the latest news, screenshots, videos, and more!
Tweet