Watch the full video embedded above, or click here for the HD option

Dax Ginn: Hi there, Dax Ginn from Rocksteady Studios -- this is the easiest thing I’ve ever been asked to do. I’m here with my friend and colleague Paul Crocker -- we call him Poz -- he’s the Lead Narrative Designer at Rocksteady Studios. [Steve] Farrelly has asked me to do this interview on his behalf and we’re going to get into the nitty-gritty of Batman: Arkham City here at GamesCom.

So Poz, firstly, thanks for joining me.

Paul Crocker: Thank you. Haven’t seen you for ages [laughs].

Dax: [laughs] We should hang out more often -- we should do this every damn day.

So tell me a little bit about that Mr Freeze reveal that we made on Monday. That was pretty awesome, what can you tell me? 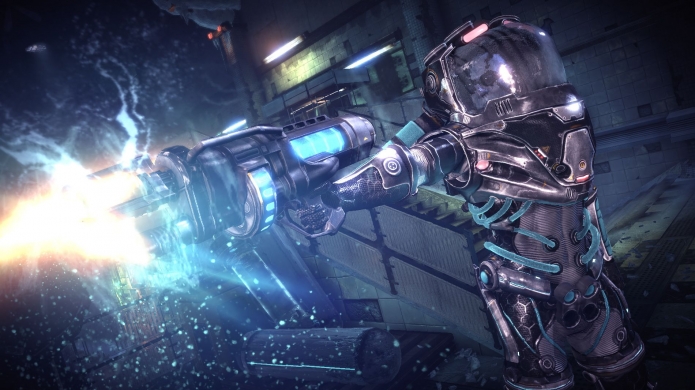 Paul: It was awesome!

Obviously, we have Mr Freeze in the game and that’s what we’re telling everyone, because he’s our big announcement for GamesCom here. Freeze is a very different character Dax; unlike the normal bad guys that we have -- the regular bad guys in the Batman Universe -- Freeze has a much more tragic storyline behind him. He’s only doing what he’s doing because of his poor wife. He will do anything to save Nora and if that means crossing the line into evil, then that’s what he will do.

Dax: But in that trailer, it looked like there was some indication of an encounter that Batman has with him. And it looked as though Freeze was kind of analysing Batman’s tactics and then changing the environment, which means that Batman has to stay one step ahead of Freeze! Is that what’s going on here?

Paul: It’s funny you should say that, because that is exactly what is happening in this game. Freeze is a super-intelligent scientist and for everything Batman does he thinks “well, you’re not going to do that again, because I’ve learnt from my mistakes”. He moves on and he will hunt Batman down and he will put him in a block of ice.

Dax: That sounds like the most brilliant game I’ve ever conceived... ever been designed and I can’t wait to play it later this year!

So tell me about The Riddler. I mean, The Riddler obviously had a bit of a bloody-nose in Batman: Arkham Assylum. He’s coming back with a vengeance -- he’s seeking his revenge -- in Batman Arkham City. He’s put a lot of trophies out in the streets of Arkham City. Can you tell me a little bit more about the thinking behind The Riddler design and what he’s up to in this amazing new game? 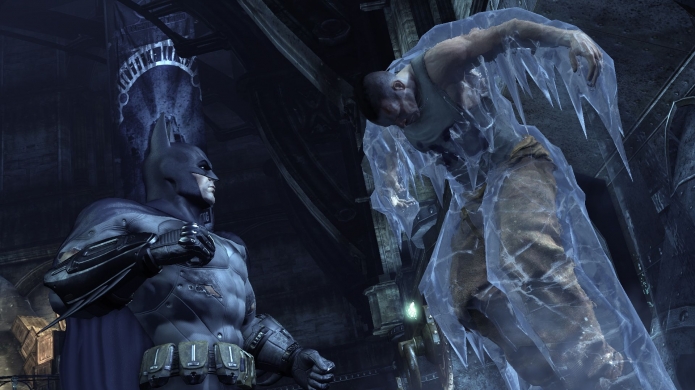 Paul: It is. But Riddler, he’s out on the streets of Arkham City -- which is this crazy super-prison as everyone knows -- he’s... on one level we have an extension of what we had in the first game where we had Riddler trophies around. So Batman seeing all these question marks, has got to work out how to get them.

But Riddler did have a bloody-nose in the first game, so he’s upped his game; he’s made 400 of them now.

Paul: 400 trophies for you to collect.

Dax: That’s quite incredible. What an amazing game this sounds like.

So let’s talk a little more about you Poz. As a writer, as an author, you’re clearly a very intelligent and charismatic individual. What’s it like working with Paul Dini and with DC Comics, penning the amazing storyline for this incredible new game called Batman: Arkham City? Coming out later this year!

Dax: October 21st here in Europe; October 18th in The States and October 19th in Australia!

Paul: Awesome! Well working with Paul Dini and DC is an amazing thing. We’re really lucky; everyone at Rocksteady is incredibly proud to be working... to be allowed to work in the Batman Universe. So having this one-on-one relationship with Paul Dini and DC -- they’ve got ideas, we’ve got ideas. It’s great for them to respect our ideas and to let us take risks like our new Penguin; like the changes we made to Freeze; like building a crazy super-prison in the middle of Gotham City and then letting all the villains run wild. I mean, what can you do? 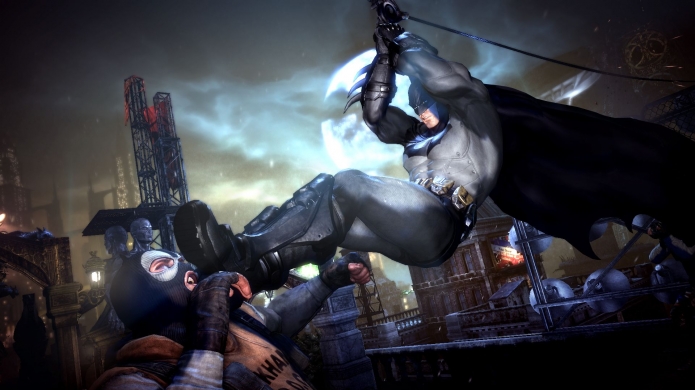 Dax: It just sounds like an incredible job you have and really wish that I could sit... oh actually, I do sit right next to you in a studio! [laughs]

Poz, it’s been an absolute pleasure hanging out with you. Not just Monday to Friday, but Saturday and Sundays as well. I’m going to throw back to your editor, in love, Stephen Farrelly, to take good care of you from here on in.

I’ve been Dax, this has been Poz; we’re Rocksteady; Batman: Arkham City, coming out later this year! Check it out. You won’t be sorely disappointed, because it’s going to blow your mind apart!