The PS5 has landed a couple of timed exclusives so we look at Godfall from New(ish) Kids on the Block, Counterplay.
Godfall Review - Godly Ascension, or a Fall from Grace
AusGamers Metro: Last Light Video Interview and Transcript
Post by Steve Farrelly @ 07:29am 01/08/11 | Comments
At this year's E3, AusGamers checked out Metro: Last Light from 4A Games and THQ. Check out our video interview with THQ's Huw Beynon...


Watch the full video interview embedded above, or click here to catch it in HD.

AusGamers: Hey guys, welcome back to AusGamers, you’re here with Stephen Farrelly. We’re above ground -- not below ground -- but we did just check out Metro: Last Light.

We’re here with Huw who is as close to the game as anyone could possibly be over this side of the world at the moment.

Huw: let’s just go right into it; leaps and bounds above the first game. What did the team do to match that quality of the first game and just go above and beyond?

Huw Beynon: As you saw from the demo, the one thing that we really wanted to focus on this time was improvements over the areas that I think we got some very valid criticisms from the first game. So we first want to be really clear to the fans of the original -- and there are many -- that the things that they loved about the game -- the atmosphere, the immersion, the survival horror aspects -- they’re absolutely there in the game and that’s the kind of game that we want to deliver, but what we were showing to your guys today was how we’ve addressed the weapons; the combat; the stealth.

I think we got some fairly valid criticisms over those areas and this was our chance to show you that if we can get that right -- and you can trust us to get all of that other stuff right -- we’re going to come out with a really pretty phenomenal game this time around. 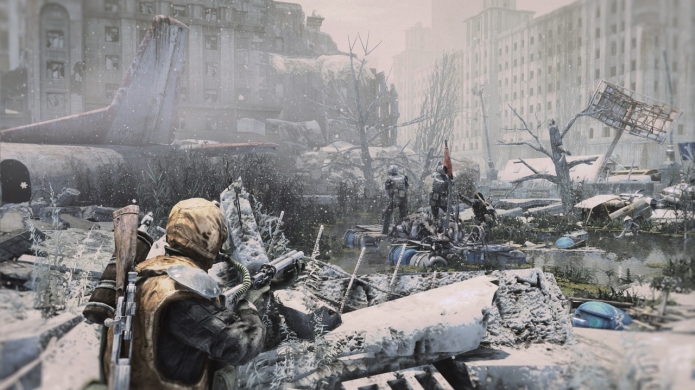 AusGamers: So is it safe to say that -- because that was a pretty amped up section of the game, it was quite intense -- there will still be plenty of the really slow ambient kind of scary moments?

Huw: Yeah absolutely. Metro 2033 had those cinematic moments and it had those gun-fights, but it’s that blend overall. The survival-horror when you’re above ground and you’re down to three bullets in your pistol and you’re mask is fogging up and you’re running out of air filters. Then the stations to explore and then the combat sequences. We just kind of focused on that combat side.

Hopefully our fans know that we can do that survival-horror and the exploration side. We can’t wait to show you the new stations, the new locations and areas that you’ll be able to explore. It’s just really important for us to show you that this is what happens when we fix these bits.

AusGamers: The set-pieces were great as well. Like the train sequence was fantastic. How much of that sort of scripted intensity is there going to be in the game?

Huw: Well it’s the kind of hallmark of Metro -- that scripted linear experience. So you’ll always see a mix. You’ll have these moments where we take the players hand and take control for a little while; still told through the player’s eyes, but you get that scripted sequence that you can’t do in free-form.

Our fans also told us that they really like the areas like Black Station in the first game. Levels that you can take in a much more free-form way; pick different routes through them; choose stealth or action within those many different permutations. So we’re going to be going back and showing you bigger, more open-ended levels this time as well where you can really pick your strategy. 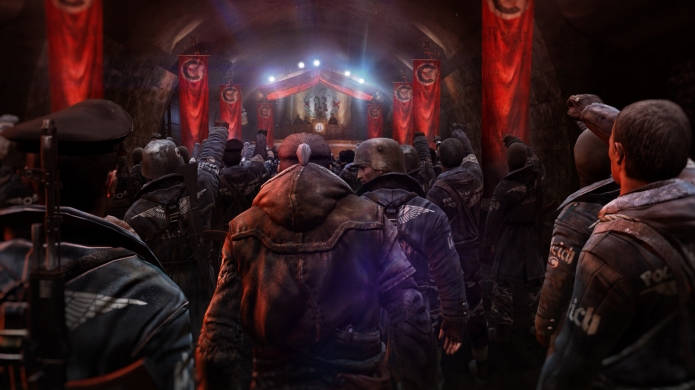 AusGamers: Now from a technical standpoint, the game looks much better as well. What have the team done there? And what were you running it on in there?

Huw: Well this is the really interesting thing. We were showing on PC in there, but actually a pretty modest PC. I don’t mind telling you that it was a six gig of ram i7 and we had a single GTX-480, which was nVidia’s DX11 launch card last year.

We’re going to talk about how we pushed the hardware a lot more as we get closer to launch and we have all the newer generation of cards to play around with you’re going to see that a lot more and we’ve got a long way to go until release. So that was running on fairly modest hardware. I think it’s fair to say that the guys at 4A are some kind of strange, technical wizards that can get that kind of performance out of it so we’re really excited.

I think one of the key differences you see between this and 2033 as well is we’ve taken another pass at our lighting which was already pretty spectacular last time around. You saw a much bigger focus on destruction this time. We had some destruction in the previous game but didn't really use it from a gameplay perspective -- just for a couple of set-pieces.

AusGamers: Now at THQ, there's a bit of a philosophy about the whole platform parity thing and that it sort of doesn’t fit. If you can make it better on the PC, then you make it as good as you possibly can. But going to the console side of things, is it the same team working on that as well?

Huw: Yeah, it's exactly the same team. We're on PlayStation 3 this time around. The 4A engine was built to handle cross-platform development. So every time, the consoles are constantly at parity at every given state. With 360 and PS3 we're really proud of the performance we can get out of both of those machines. We think we're going to get to the strengths of both of them.

All of the destruction, all of the lighting, those things are in there. Obviously if you have a high-end PC, they’re on a level where the current generations of consoles just can’t reach, so we’re not going to penalise that PC player by setting a hard ceiling. You saw what we did with Metro 2033, it was the poster-child for your PC if you had the very best kit and it’s absolutely our determination to do that again this time around.

It’s an easy thing to say, but the goal is to make a game that looks as best as it possibly can on all three platforms without making any compromises. 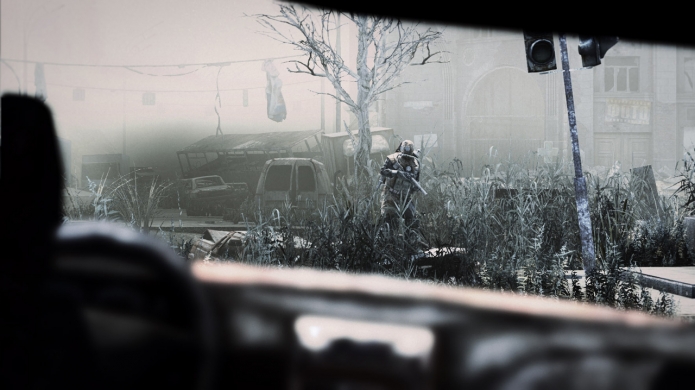 AusGamers: Now finally, obviously with more focus on the shooting mechanics and stuff like that, is there potential for multiplayer there? Because it looks like you could get that happening.

Huw: Yeah so we’ve confirmed that we’re going to have some multiplayer within the game; we’re really excited about it. Again, it’s kind of a double-edged sword in some ways. I know there are a few people that are maybe a little bit worried. They’ve maybe seen other single-player games that have then introduced multiplayer and they’re thinking “what are you going to do with that?”.

The studio has got some really interesting ideas; we have some phenomenal tech; we’ve got a really interesting weapon-set and we think we can deliver a really interesting multiplayer experience which is very different from the shooters that are out there at the moment. It's going to feel unmistakeably Metro. We're not ready to talk about it too much at the moment, but we hope people are going to be very happy with it and we also just want to make it really clear that this isn't taking anything away from the single-player campaign. We know what the fans of the original want; it's another really long and involved single-player campaign and we're certainly not going to compromise that by adding multiplayer.

AusGamers: Okay awesome. Well, we'll leave it there, but it really does look fantastic. Thanks for your time Huw.