The PS5 has landed a couple of timed exclusives so we look at Godfall from New(ish) Kids on the Block, Counterplay.
Godfall Review - Godly Ascension, or a Fall from Grace
Red Dead Redemption DLC Plans
Post by Steve Farrelly @ 11:14am 09/07/10 | Comments
Here's a run down of the four planned DLC packs coming for Red Dead Redemption from August...

Legends and Killers Pack
New active map locations, characters and moreLiars and Cheats Pack
New competitive modes, multiplayer mini-games in Free Roam, and moreFree Roam Pack
Delve deeper into the world of Red Dead Redemption with new modes, challenges and gang hideouts to discoverUndead Nightmare Pack
Ghost towns and cemeteries come alive in a West gone horribly wrongMore details on these upcoming packs and other updates will be revealed closer to each release. 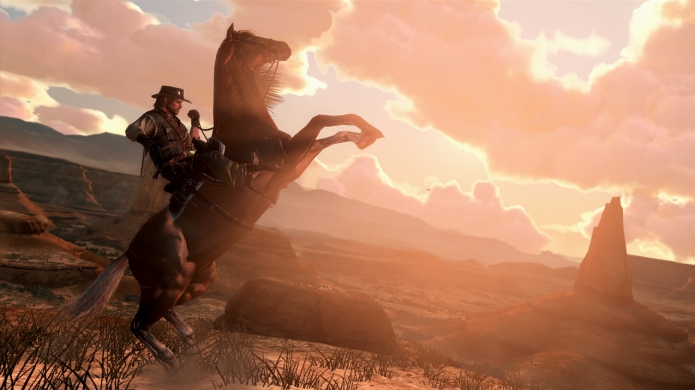