AusGamers: AusGamers at E3, we're standing here with David Abzug, lead design for Red Faction: Armageddon, which we just checked out and it's looking fantastic, David, thanks for joining us today - so we're set two generations after Red Faction: Guerrilla; what's changed in the world, why are we at Armageddon?

David Abzug: Well there've been a couple of things that have happened in the world over the two generations - there was a war up on the surface and one of the side-effects was that the terraforming for the surface has been completely reversed; the surface has basically been utterly destroyed. Everybody has had to move down into the mining tunnels in order to survive. Now don't get me wrong, there's still gameplay up on the surface, but it's a much different surface now; it's been destroyed, the weather is horrific - the environment itself is part of the danger.

On top of that, when they went below ground - recently - something has happened, though nobody knows what at this point. But something is happening and people are being killed all over the place. Basically all of civilisation is in the midst of collapsing and there are a lot of games that are set post-apocalyptic, we like to say we're set 'mid-apocalyptic'; we're in the middle of the apocalypse going on.

AG: So the first game was a very open affair; very free because you had the surface - is [Armageddon] a much more directed experience being that you're now underground?

David: It's more directed. We found that what we're able to do, you know, RFG was a great open-world game, but I would say one of the few problems that we had with it was because we had the destruction technology, things had to be set far enough apart and so there was a lot of driving back and forth, you know, a lot of just getting from Point A to Point B in the game. What we feel we were able to do in going underground is be able to move things in tighter and closer together and so what you get is a much tighter gameplay experience; gameplay is right on top of the next piece of gameplay. 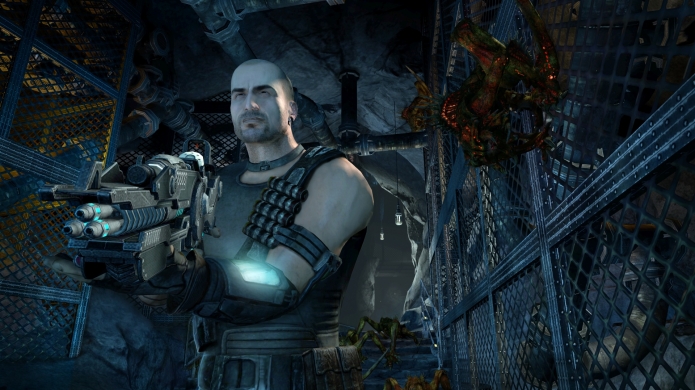 AG: In terms of tech, what's changed this time around? Obviously you're running off the same engine and using the GeoMod tools, but is there anything new in there that you can reveal?

David: There're a few things, but mostly what we've been able to do... the Red Faction: Guerrilla team - their primary job was to get GeoMod working and they did an amazing job pulling that off, but that took a huge amount of their resources. That's why very few games have done physics-based destruction, because it's so hard to do. What we were able to do, what I love about this fact (especially given my job), is they had to give us the engine and we said "okay, now what can we do that's fun?" You know, what could we add to it that's going to be cool? They did all the work necessary to get it running, and they did a lot of fun things with it, but we get to start there and add to it. And that's why we've got things like the Nano-Forge and the Magnet Gun because they're tools that would be cool in a game that would be cool in and of themselves but because of the existence of destruction, they're so much cooler.

you saw the Magnet Gun in use, and for your viewers, the Magnet Gun is a weapon that takes whatever the first projectile hits and launches it at whatever the second projectile hits. So you can picture yourself, for example, grab this barrel and fling it at the wall, grab this explosive and fling it at the enemy, you know, but because we have destruction in our game you can fling half of that building, the top of the guard tower - you can fling anything man-made whether it's an eight-story building or a concrete barricade.

You can take out four or five bad-guys in one shot because you have launched a Seven-Eleven at them, okay. 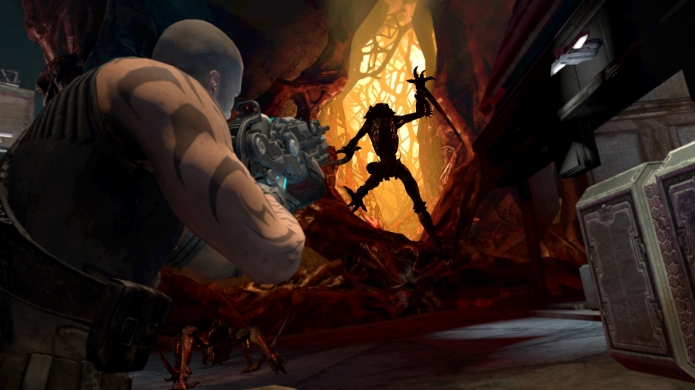 AG: (Laughs) So you guys have revealed some pretty powerful weapons, and it's E3, but will we be seeing anything even more powerful?

David: Well we've got a lot of weapons in the game. But there are a number of them that were built using those guidelines - that guideline being we want it to be cooler because destruction exists. There're a bunch of weapons that fit that category, and we're going to be revealing them as time goes on, so yes.

AG: We're out of time, but thanks very much David, the game looks great.