When last I visited the untamed American west, I was incredibly impressed at what I saw. Red Dead Redemption is exactly the sort of genre-expanding experience the sandbox world needs; it harbours an untapped locale (and I know there have been others, but not even remotely as in-depth or engaging as this), the sort of anti-hero gamers can relate to, a free-form gameplay and mission system, an organic world, amazing visuals, equally amazing sound and accompanying music and, above all else, a seriously enticing presentation of all of the aforementioned elements. In the same way Fallout 3, clearly not the first post-apocalyptic game, still took the foundation and created such an amazing benchmark everyone began to follow (see: Rage, Fallen Earth, Borderlands - to an extent), the Wild West genre is bursting at the seams for some development love, and while Call of Juarez was playable, it was by no means a benchmark game. Equally Neversoft's GUN series attempted to marry the idea of open-world gaming with the Wild West and did an admirable job, but again, just didn't set a high enough standard.

Thankfully Rockstar have come to the bustling genre's aid with a game engine seemingly built for just such a development outing, and a team behind the title who not only built the engine (and can therefore get the most out of it), but are arguably due to rattle the cage of big brother studio, Rockstar North, with their own shining genre-defining opus. 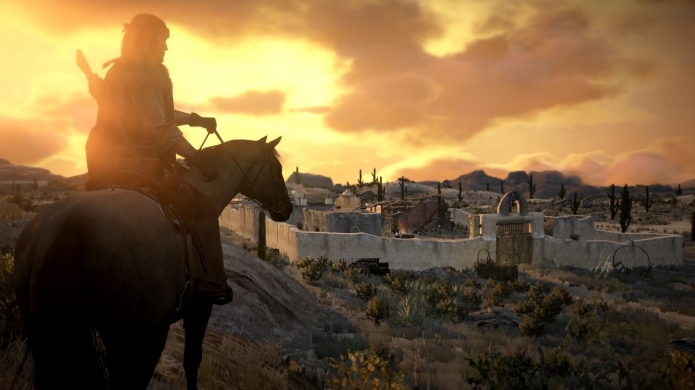 All of the above leaves me ired then, I once again am reporting this to you not from behind the controller, but from a couch, hands tied behind my back and forced to watch a typical Rockstar hands-off demo (but it's okay, because I got to soak it all up). So the purpose of this preview session is to open the game up a little more to show just how far it's coming along in the way of engine, visuals, life and gameplay, and at this stage I can tell you, it really is looking better and better with each and every up-close (or from the couch) viewing. The varying array of colours brought about by different times of the day or weather conditions (I was really surprised to see an actual overcast day) creates an experience very different to most games, and it's equally awesome because the parts of the world available are all aesthetically different (though it's all still consistent on a fundamental visual level), crafting a game-world wrought with contradistinction.

There was more life branding about the place, too. From watching the nature show within the game (there's an actual ecological system where animals forage for food, are hunted or hunt), to more real-world events (such as stage-coaches driving by, sheriffs chasing criminals, or hunters hunting), it's clear to see Red Dead Redemption is fast becoming the epitome of peripheral in-game life. What's excellent though, is all of this apparent ambience is 100% tangible in that you can throw your cowboy hat in the ring and do so in any way you see fit. 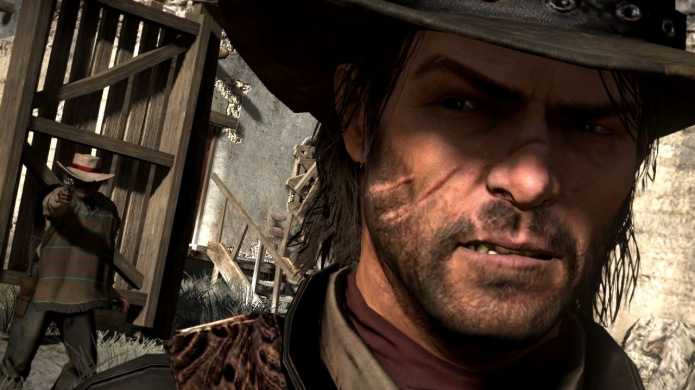 The demo led us to a new town called Chuparosa, where after walking about to show off the lush visuals and individualised life within, we found a bounty on a wall. You can pick up bounties anywhere in the game, as as you would expect you can complete them with either Dead or Alive outcomes. Alive will require you to lasso the particular bounty in question, but either way you get paid. The demo showed the brutality of the setting of the game-world though when bringing the bounty in alive, the bounty issuer killed him once he was handed over. I was told the game-world at large will be littered with tiny towns and encampments (along with the larger installations and settlements) where these kinds of bounties can be picked up, and for the most part, they're just added to the fold as a form of fleshing out the overall setting. There are countless other mini-games and side-quests available, which in turn encourages players to explore the massive landmass on offer, as well as interact with as many of the world's denizens as possible.

Another such side-quest comes in the form of treasure-hunting. You'll find treasure maps strewn about the game, and these may sometimes only offer a simple visual clue to what it is your looking for - the example shown being a crude drawing of a unique rock formation showing me players will need to be keen-eyed and clued in to their rich and detailed surroundings. 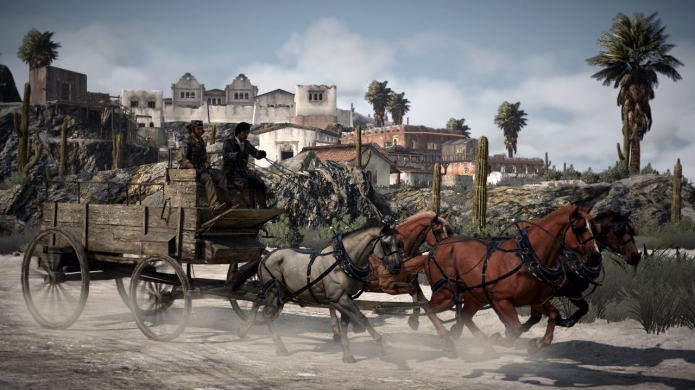 Moving on from bounty-hunting, I was given a glimpse of your own wanted system. Marston purchased a bandanna to cover his face then shot a lawman in plain site - this obviously set the authorities after him in a flash and, similarly to GTA, your mini-map shows a red area indicating your proximity to your pursuers. You can outrun/ride them, and the "Wanted" symbol (which turns red as soon as you are wanted), slowly dissipates to show you're no longer being actively pursued. You can also pull of the bandanna (or "disguise), which helps your wanted level drop faster. However, you'll still maintain a bounty as a result of your actions. This is indicated on-screen and you can choose to pay off your own bounty, fight off any bounty hunters who're after you (and this will happen the higher your bounty becomes) or perform some deed to earn yourself a pardon, which is exactly what I saw happen in the demo showed, after Marston accepted the task of helping some lawmen take back their town which was under siege.

The next mission saw Marston being roped into helping some revolutionaries take back a forte. This was an example of the sort of high-action missions you'll come across in the game exemplified with his initial task of driving a stagecoach packed with explosives towards the gate - jumping off the coach at precisely the right time to avoid turning into pieces yourself like so much splintering wood from the gate just blown up. Once inside, mission objectives changed on-the-fly and Marston had to find an ammo cache to help the revolutionaries, this then swapped to having to man a mounted cannon over the gate; firing at any encroaching enemies to give the revolutionaries time to fortify their conquered state. Again, this showcased the game's high-action moments with said cannon literally blowing the enemy away (in hilarious fashion, I might add) - and while Marston was jumping between mission objectives, the entire thing definitely had an organic flow which kept it fresh, on-you-toes and invigorating, all while progressing the game's deep and epic (we're told) storyline. 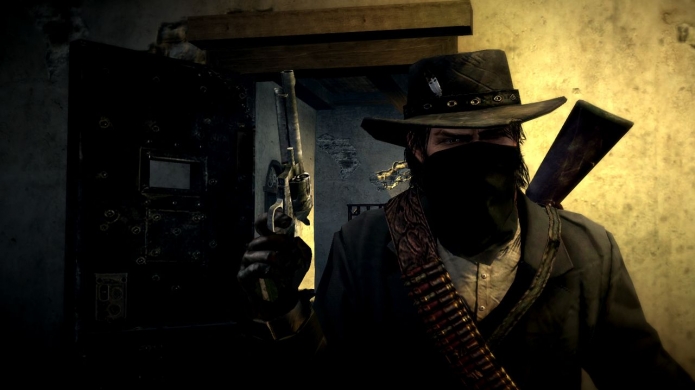 Beyond the above missions, I was really only sitting there to ultimately see everything working in harmony. The refreshingly alive wasteland of the Wild West, the game's mission structure alongside its free-form potential, the diversity of the landscape and the endless exploration and engagement options - all presented before me in glorious fashion. This really is a game to start getting excited about, but please, Rockstar, give me the damn controller next time - this is absolute torture.

For our previous hands-off preview which goes into detail about other elements of the game such as gunplay, Euphoria, horse-riding and more, click here. We also have a host of new screens, as well as old ones, video and related news and info which can all be found directly from our Red Dead Redemption game page.

Red Dead Redemption is due to release worldwide on April 30, 2010.
Tweet