NBA 2K21 is the best basketball game around... but it's also the only one.
NBA 2K21 Review
Overwatch League's First Week of Competition Draws in Over 10 Million Viewers
By KostaAndreadis on 03:13pm 18/01/18 - 0 Comments With the opening match having an average audience of over 400,000 minute-by-minute. What does this all mean? Well, that the first week of the Overwatch League was a success. And that Blizzard's global team-league-based Overwatch esports competition is now a major player in the field. As per yesterday's streaming partnership news for the Overwatch League with Twitch comes the official kick-off of the first season with 12 teams representing major cities in Asia, Europe, and North America. Already off to a good start, viewer numbers for today's matches have so far been sitting around the 300,000 mark. 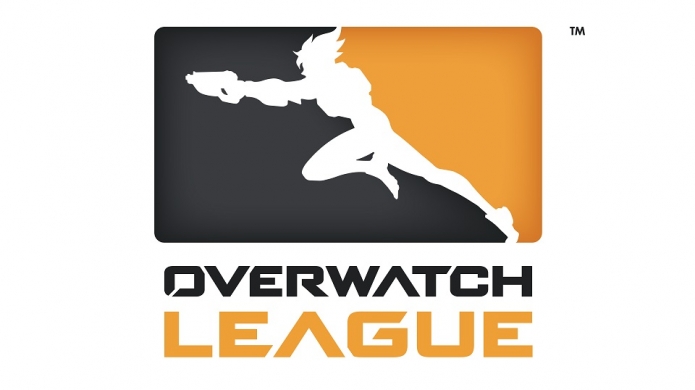 With the very first match of the Overwatch League’s inaugural season set to go live on Twitch this Thursday, 11 January AEDT/NZDT. Which marks the beginning of a multi-year deal between the Overwatch League and Twitch to broadcast every match live, as it happens. The deal is also exclusive, and with the exception of China Twitch will be the home for all Overwatch League regular-season, playoffs, and championship matches. Today comes word that a new body, the Esports Games Association Australia (EGAA) has been formed to "work with players, teams, managers, organisers and sponsors" to "improve the structures and standards for the whole industry and help advance the Australian esports scene". Very cool. We delve inside one of the region's most successful names in esports, the LG Dire Wolves. And find out just how much passion and dicipline goes into building a successful esports team. Commencing this month and encompassing Counter Strike: Global Offensive, Rocket League and Street Fighter V, the Gfinity Australia Series kicks off with its inaugural Challenger Series. Where anyone can put their skills to the test starting January 7. With pre-season commencing right now, two Elite Seasons are also on the cards for 2018, comprising of professional teams representing each Australian city. Earlier this year Twitter played host to the grand final of the League of Legends Oceanic Pro League (OPL), which saw esports heavyweights Dire Wolves and Chiefs Esports Club go head to head. One question that came to mind at the time was ‘Twitter were now streaming esports competitions in Australia?’ A reasonable response, with the answer itself pointing to the rise of competitive games like League of Legends and the unique position that Twitter finds itself as one of the leaders in online content engagement. With the Overwatch League set to kick off its inaugural season one of the big questions has been, 'what does that mean for the current state of competitive Overwatch?' Well, in addition to name changes, a restructuring that makes sense with the ultimate goal for teams and players being a path to the professional Overwatch League. Australia's first Esports High Performance Centre has opened at the SCG, providing a new home for League of Legends Oceania champs the LG Dire Wolves and female development team Supa-Stellar. So what does high performance mean? Well, access to the the latest technology and sport science like eye tracking tech and performance analysis like the Russians used in Rocky IV. We assume.

Read More
Talking Tanks Ahead of the World of Tanks WGL APAC Season Finals This Weekend
By KostaAndreadis on 03:22pm 10/11/17 - 0 Comments The WGL APAC Extended Season Finals for World of Tanks once again comes to Sydney this weekend where teams will battle it out for their share of $100,000 USD at ESL Studios Sydney on Sunday. With Chinese favourites EL Gaming attempting to claim their 4th WGL APAC title in a row, the other teams including Australian favourites Team Efficiency and Chinese teams Yato RSGaming and Seven Pirates will be vying for an upset. Ahead of the spectacle we caught up with Jini Jun, Wargaming’s Head of Competitive Gaming APAC.

Read More
Overwatch Getting Huge Visual Updates for Esports Just in Time for BlizzCon
By KostaAndreadis on 12:18pm 30/10/17 - 0 Comments Team uniforms and team colour palettes - in game. Of course, it makes perfect sense. Throw in a top-down interactive map, third-person smart camera, kill feed replays, automated tournament interface, and auto-pauses during disconnects and Overwatch's latest esports-focussed overhaul sounds like the next logical step for the game as we gear up for the Overwatch World Cup. And the Overwatch League. Three Australian and New Zealand esports teams are set to compete on the world stage in Overwatch, World of Warcraft, and Heroes of the Storm at BlizzCon next month. With over $1.3 million USD up for grabs you just know that BlizzCon will once again provide some the best esports action for the year. Read More
Yes, the Formula 1 Esports Series World Championship Features Racing Chairs for Each Contender
By KostaAndreadis on 11:50am 13/10/17 - 7 Comments In the world of competitive esports, Formula 1 racing takes the seating and controller arrangements to the next level with customer racing chairs, steering wheel peripherals, and of course pedals. The first-ever Formula 1 Esports Series Finals will take place in Abu Dhabi on November 24 and 25, forming part of the 2017 FORMULA 1 Etihad Airways Abu Dhabi Grand Prix.

Read More
Aussie's Blank Esports Will Go For Glory in the Overwatch Pacific Championship (OPC) This Weekend
By KostaAndreadis on 12:57pm 06/10/17 - 0 Comments As they qualified for the Season Two Playoffs, joining three other teams in the finals taking place at Blizzard eStadium in Taiwan. So be sure to tune in tonight (Friday, 6 October) at 10pm AEST, as Blank Esports go up against Ardeont. The elimination playoffs will continue tomorrow with the two finalists going head-to-head Sunday at 8pm AEST. And probably more too, but if you're headed to PAX Australia this year then there's a lot to look forward to esports-wise. The Throwdown Esports Stage at PAX will play host to the first-ever large-scale Street Fighter V competition on Saturday October 28. With a full day of Ryu versus whoever dares take on Ryu action planned. Covering the American cities of Dallas, Houston, and Philadelphia. Bringing the total number of teams for the first season of the long-awaited Overwatch League to 12 - covering Asia, Europe, and North America. But mostly, North America. Which is to be expected, especially with the recent announcement of the Blizzard Arena Los Angeles. Over the weekend 160,000 viewers tuned in to watch Kings Gaming Club take the crown at the BenQ Zowie eXTREMESLAND 2017 ANZ Qualifier (yeah, catchy name), where they now find themselves on the road (or plane) to Shanghai for the BenQ ZOWIE eXTREMESLAND finals on October 19-22 where they'll CS: GO go go for a piece of the $100,000 USD prize pool. Located in the legendary Burbank Studios, which was the home of the original The Tonight Show plus many other well-known productions. Like The Fresh Prince of Bell Air and Saved by the Bell - both the original and The New Class. Ahem. Anyway, Blizzard Arena Los Angeles will open its doors October 7 for the Overwatch Contenders Playoffs.